The footage, filmed in Quincy, Illinois, USA, amused the audience, because they show another example of how cunning pets can be. 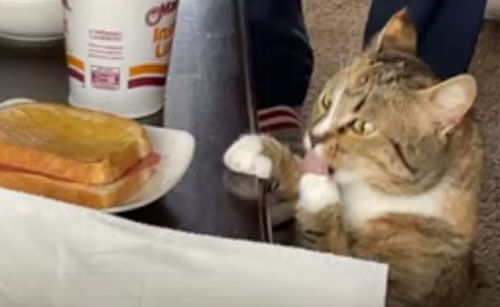 It would seem that there was nothing suspicious about the cat named Cauchy. The animal was sitting near the table and doing the most common thing – licking its paw. Even the fact that the main character of the video was looking at the sandwich with interest at that moment did not surprise anyone. 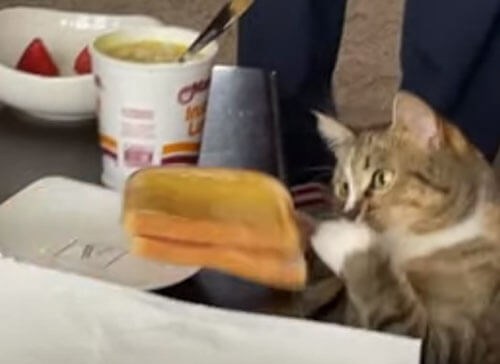 But then it turned out that all of Cauchy’s equanimity was just a mask, and in fact she conceived the “crime of the century”, the purpose of which, as you might guess, was the same unfortunate sandwich. The video was really liked by Internet users, and especially by cat owners, who admitted that their pets are sometimes just as cunning and thieves.

See also: Having started a game with a shepherd dog, ferrets at the same time robbed her