Michelle F, who bought a new rug with cute Disney characters, only realized at home that something strange was happening with cartoon mice. 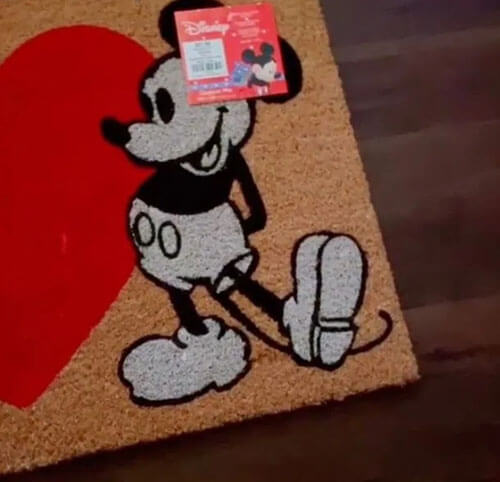 Rather, Mickey Mouse is in perfect order, but Minnie seems to be overexcited at the sight of her beau. 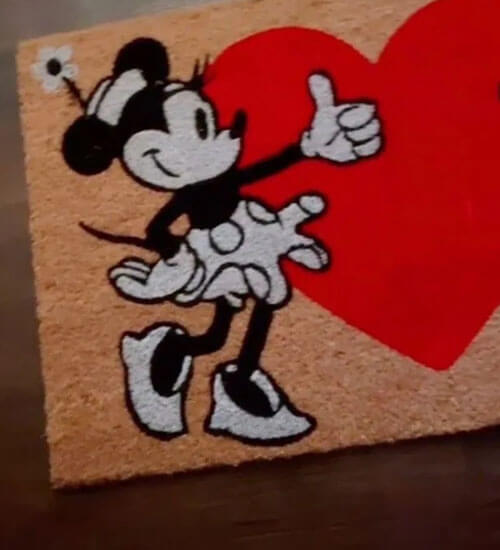 It’s all about one of the ruffles on the mouse skirt, which seemed too phallic to the customer – now Michelle cannot look at her brand new rug without laughing. 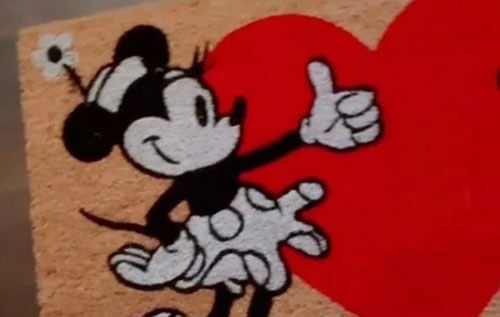 Internet users also laughed at the funny and somewhat nasty detail, although some of the commentators did not see anything like that, saying that the frill is just a frill. And some people noticed another unusual detail in Minnie’s appearance – for some reason her eyelashes were not above her eyes, but on her forehead.

See also: Cats going to the bar become characters in pictures on matchboxes