This resident of Sao Feliz do Xingo (Brazil) was able to show excellent reaction speed in order to save his child. 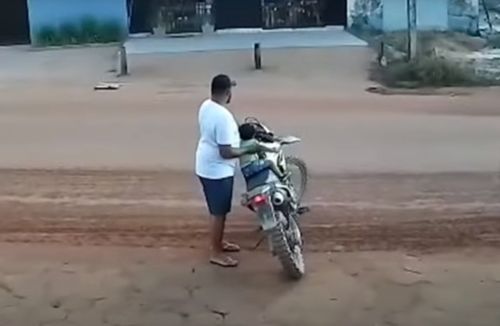 The kid was sitting on a parked motorcycle, supported by his dad, but the peaceful scene was interrupted at the moment when the man noticed that a white car was rushing right at them. It took only a fraction of a second for the father to grab the child from the motorcycle, otherwise everything could have ended very badly, as the motorcycle was hit by a car. 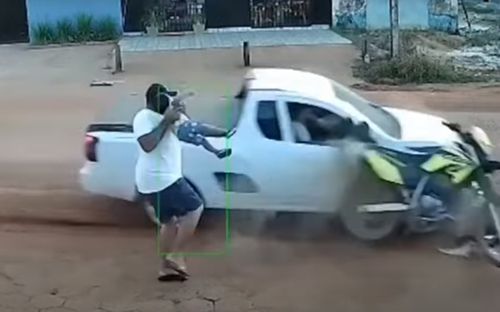 Despite the fact that the incident looked frightening, no one was hurt (except for the motorcycle). The baby’s father, of course, was quite angry, but later he and the driver agreed on compensation for damage, and everything went without a serious scandal.