The British predicted a record rise in gasoline prices 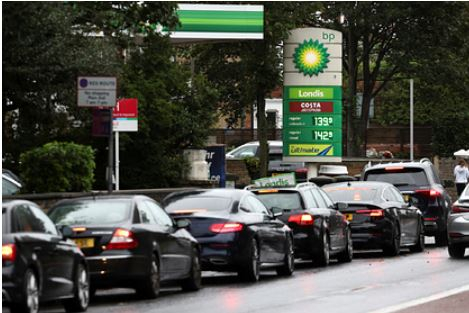 British company RAC has predicted that gasoline prices in the UK could break a record once again before Christmas, according to the Guardian. The price of gasoline is expected to rise to its highest since April 2012 at 142.48 pence ($ 1.93).

The average price for a full tank in September is up £ 12 ($ 16.29) from 2020, according to RAC. RAC believes that the increase in prices was not due to fuel shortages at UK gas stations. The company sees the reason for the jump in oil prices, which rose 10 percent in September to $ 80 a barrel. Goldman Sachs predicts further price increases to $ 90.

The Gasoline Retailers Association (PRA) reported on October 5 that about 64 percent of gas stations in London and South East England – regions hit hardest by the crisis – have both gasoline and diesel in stock. Previously, this figure was 62 percent. There was no fuel at all at 15 percent of gas stations, up from 20 percent on October 4. However, PRA executive director Gordon Ballmer said the affected regions still lag behind the rest of the country, despite the government bringing in the army to tackle fuel shortages.

Amid the crisis, UK officials have called for priority access to gasoline for doctors and teachers as Britons across the country continue to buy in panic, exacerbating shortages.