The bride started the wedding photo session not with the groom, but with her beloved dog

One of the most touching moments of a wedding photo shoot is when the groom sees the bride in a white dress for the first time. 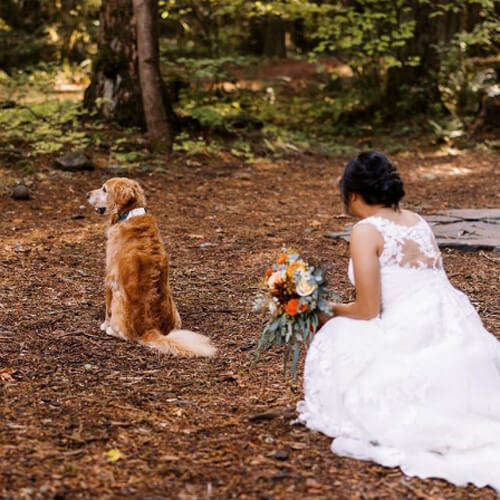 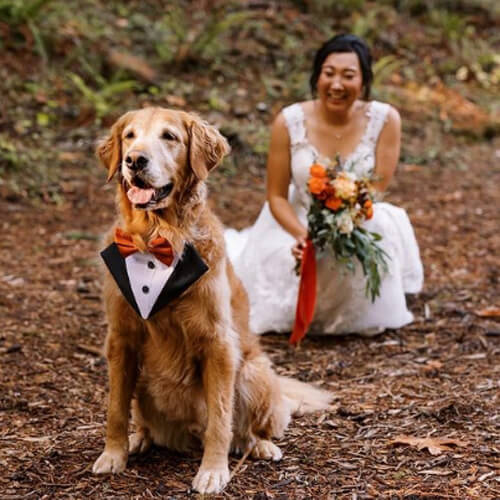 Only Hana Kim chose for this scene not her beloved Jarad Brickman at all, but a dog named Gumbo. It was he who sat with his face turned away, and the woman quietly came up from behind, after which she attracted the attention of the pet. Gumbo reacted like a real “groom” – he rushed to his beloved mistress and kissed her. 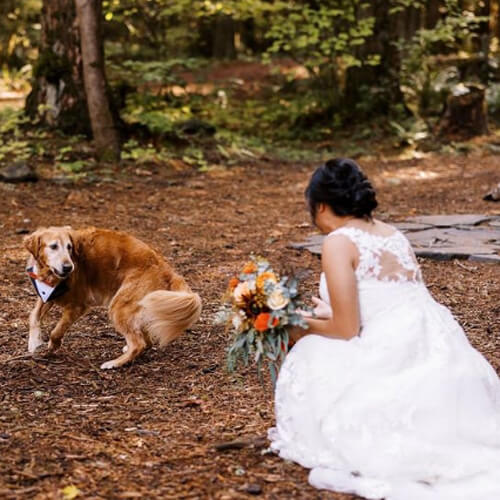 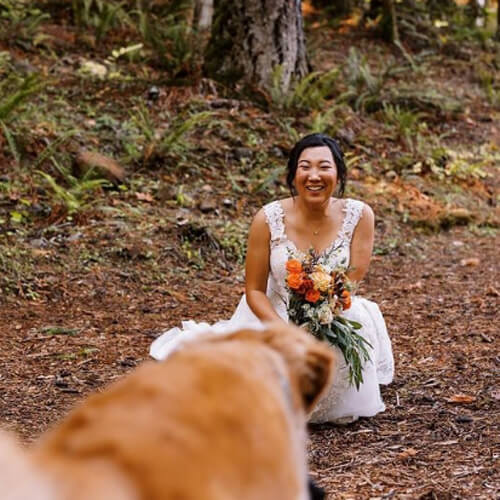 Everyone admitted that the photo shoot, which took place in the Camp Colton forest (Oregon, USA), turned out to be very unusual. 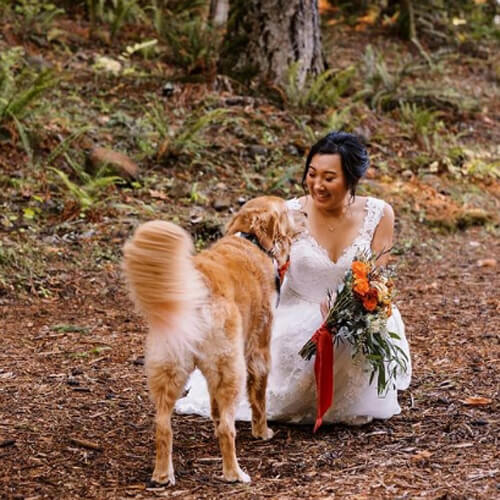 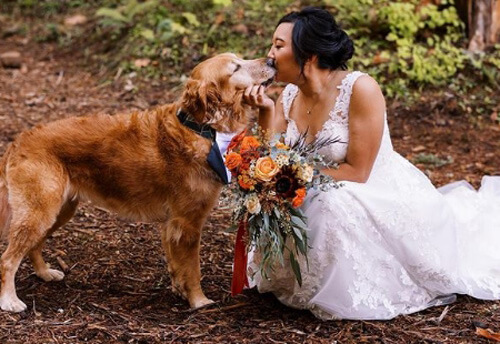 By the way, Jarad was not at all offended by his bride and enthusiastically accepted her idea. Jarad and Hana have been together since 2014, and they adore their dogs, considering them full members of the family. Moreover, after the scene with Gumbo was filmed, it was time for the bride and groom to pose together. In many pictures, again, there were four-legged favorites. 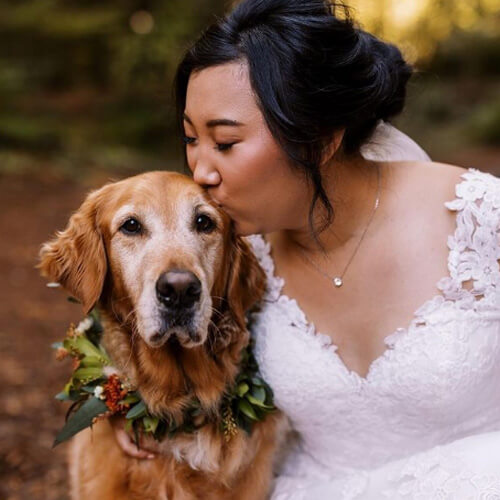 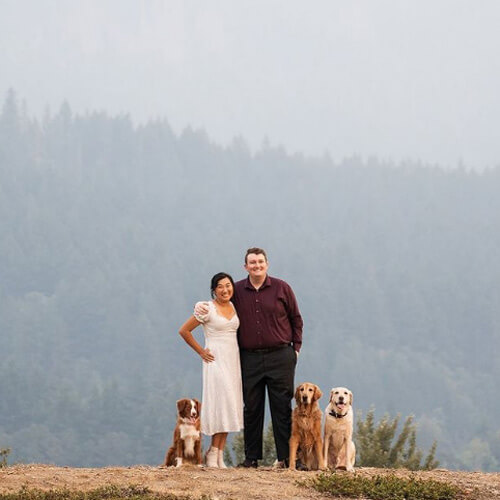 Hana’s idea was liked not only by her newly-made husband, but also by many users of social networks. Some found the idea so inspiring that they promised to repeat it at their own weddings.