Customers who came to one of the shops in Las Vegas (Nevada, USA) had the opportunity to admire the unusual scene. 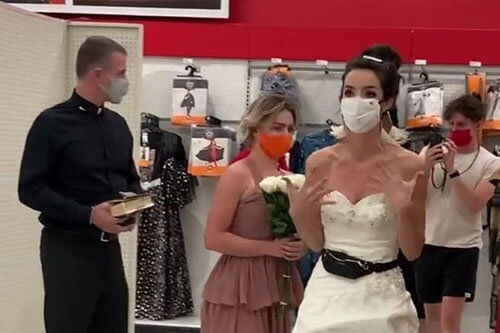 A stranger in a white dress walked around the room, but not alone, but accompanied by a priest and a girlfriend. It turns out that a woman's beloved works in this store, who is in no hurry to propose to his lady. Here is the decisive heroine and decided to pin the man to the wall - either he gets married right here and now, or it's all over between them. 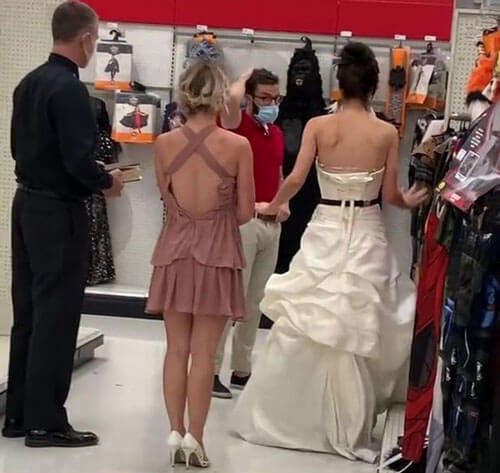 True, when the bride nevertheless found her happy groom, they preferred to settle the relationship far from prying eyes, so it remained unknown whether the wedding took place that day. However, many people are already ready to express their opinion about what happened. Most social media users blame the stranger because her decisiveness looks at least silly. If a young man is in no hurry to get married, then no one and nothing will force him to do it - the commentators are sure.

Part 1. The best part of my week🤣 watching this woman track down her man who is working towards a goal !!   # target # bridzilla # las vegas

See also: To get to her own wedding, the bride got behind the wheel of the bus