The bride arranged an unusual wedding and married pink

The holiday, which was arranged by Kitten Kay Sera, turned out to be unusual and very bright, because the woman adores pink. 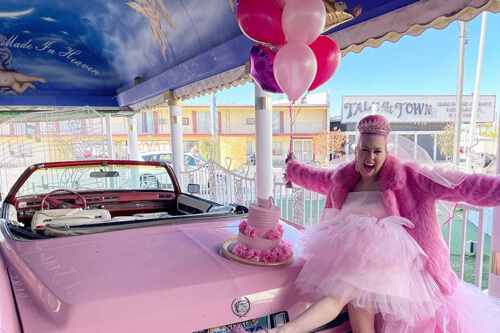 Actually, it was for this very color of the eccentric that she married. The playful wedding took place in Las Vegas (Nevada, USA), and there is no need to guess which shade prevailed in the holiday decorations, treats and the image of the happy bride. Kay, who has been “in a relationship” with pink for 40 years, said that the idea of ​​the wedding came to her after a chance meeting on the street with a sneering teenager. The boy stared at the bright dress of our heroine, and then said that if an unfamiliar lady loves pink so much, then why not marry him. Laughing, the woman became thoughtful and realized that there was something in the strange idea. 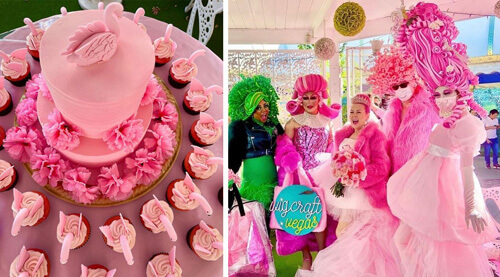 Of course, the wedding was marked by such a solemn moment as the vow of the bride. Kay promised to wear and love pink until her death. Later, the lady added that the bizarre celebration was not only a tribute to the adored color, but also an appeal to all people – you need to live as you like, even if for someone it is eccentricity.

Read also: Baseball fan during the game is reinforced with mayonnaise straight from the can