Eight-year-old Napat Chaiyarak was swimming with his dad off the coast of Phuket, Thailand when he was attacked by a shark. 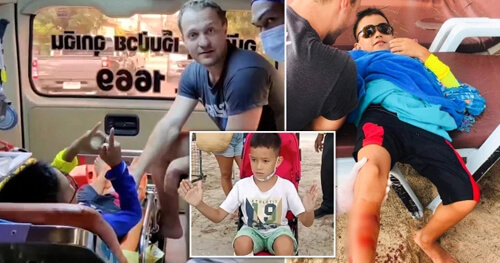 The father of the child saw with horror that the boy began to scream and beat, and then disappeared under the water. When Napat surfaced, the man grabbed him and carried him to the shore to call the doctors, because blood was gushing from the right calf of the child. 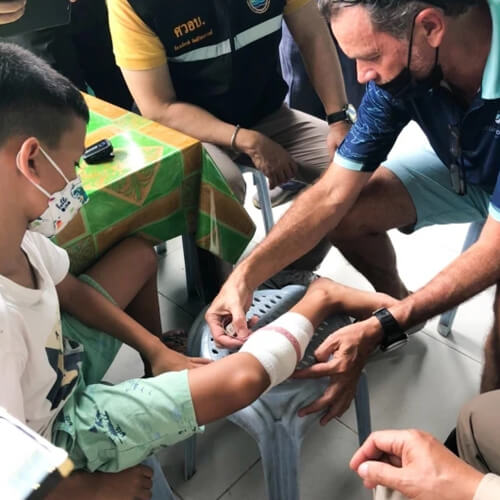 On the way to the hospital, the boy was surprisingly calm and told what had happened to him. While swimming, he felt pain in his leg, dived under the water and saw that a shark had grabbed a caviar. But the brave child did not lose his head and kicked the predator in the head – after that the shark threw such an aggressive and capable prey. True, Napat added that the shark bite gave him the most painful sensations in his entire life. 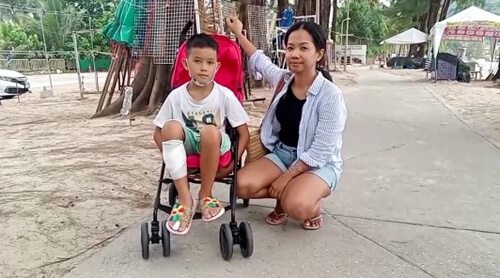 At first, the doctors watching the recovering patient doubted his words, deciding that Napat, out of fear, confused the shark with the barracuda. But after some time, Dr. Kongkiat Kittivattanavong, director of the Marine Biological Center, examined the wound of the victim. He examined the bite and came to the conclusion that the boy was really attacked by a shark – either a blacktip reef or a bull shark. 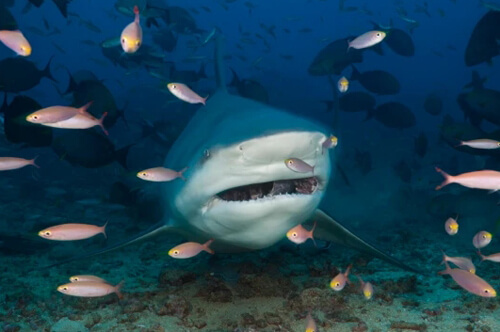 After the incident, local authorities assured the public that swimming was still safe. True, a warning sign was installed at the site of the attack, plus the coast is patrolled by rescuers. It is believed that the shark attacked the child by mistake – in muddy water, she mistook his leg for a fish.