The boy was named after the first letters of the alphabet.

The young resident of South Sumatra (Indonesia) recently became famous, and all thanks to his fancy name. 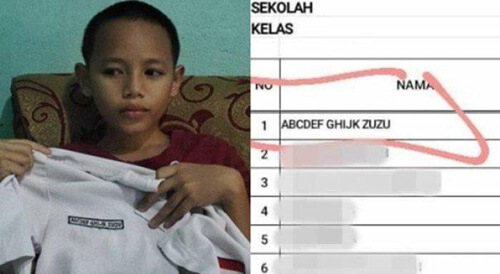 The twelve year old boy’s name is ABCDEF GHIJK and this is not a prank. The child was indeed named after the first eleven letters of the Latin alphabet. Actually, the fame came to ABCDEF GHIJK after he took part in the vaccination campaign. Seeing the strange name on the list, the doctors laughed at first, but they were not up to jokes when a boy really appeared in front of them, in whose ID, instead of a name, a set of letters flaunted. The hero of this story said that before he was often teased, but now he is even proud of his name. However, most often people referring to a child use the name Adef – it is somehow easier to pronounce. 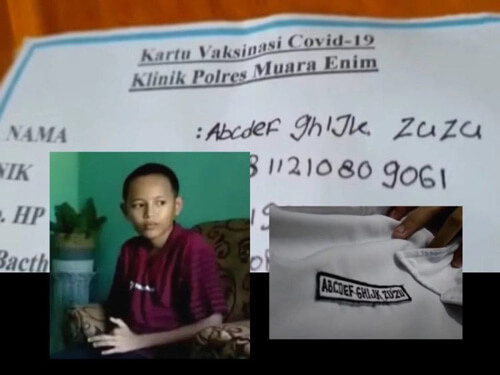 It is known that the unusual name ABCDEF GHIJK was invented by the boy’s father, who loves to solve crosswords and always dreamed of becoming a writer, and therefore has an extraordinary respect for the alphabet. Moreover, the man really wanted to name the second child NOPQ RSTUV, and the third – XYZ. But then his wife rebelled, so the two youngest sons are named Ammar and Attur.

Read also: A woman first became a mother at the age of 70