The bear rang the doorbell in the middle of the night

The video surveillance camera of a resident of Greenville County (South Carolina, USA) captured the moment when a bear climbed onto the porch rang the doorbell in the middle of the night. 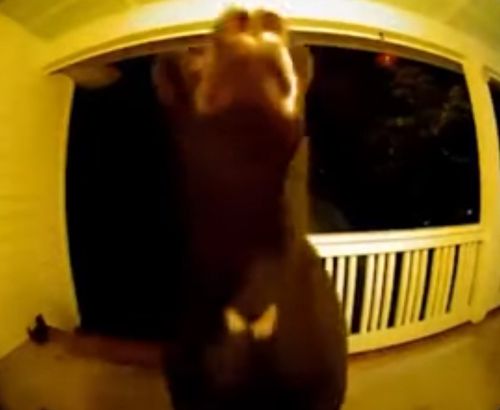 Wendy Watson said that the video camera went off at about 3:30 in the morning. The device responded to the movement of an animal approaching the front door. After that, the landlady had the opportunity to watch as the bear slowly walked up the porch and reached for the doorbell. Wendy also admired the bear nose in all its glory. 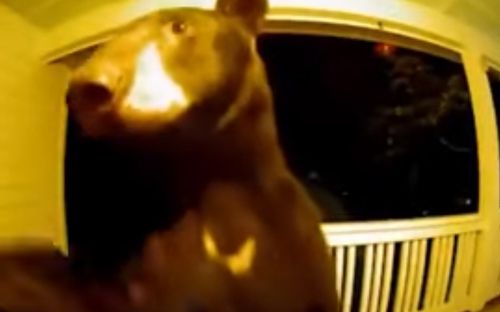 Finding nothing worthy of attention on the porch, the bear retired, but before that he ate bird food in the garden. The woman added that this beast is well known to her. He is a constant uninvited guest, now and then devastating and even destroying bird feeders.

Teddy bear got into a fight with an inflatable deer