The authorities decided on the collection of money from Russian metallurgists 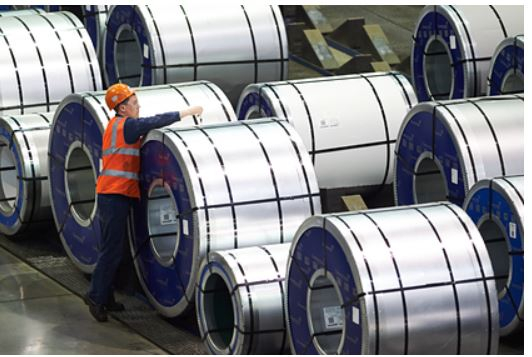 The Ministry of Finance of Russia discussed at a meeting with representatives of metallurgical companies and producers of mineral fertilizers options for changing taxation, reports TASS, citing a source. The department considers the main option for the development of events to increase the collection for the extraction of minerals (MET) to six percent and link it to world prices for raw materials.

The size of the MET is proposed to be determined based on the exchange quotations of ore or metallurgical concentrate, without reference to the costs of companies. On September 16, the Ministry of Finance will present its proposal to Russian Prime Minister Mikhail Mishustin, the agency’s source said.

At the end of May, First Deputy Prime Minister Andrei Belousov accused metallurgists of “pressing up” the state by 100 billion rubles due to the rise in prices on the domestic market since the beginning of the coronavirus pandemic. The official said that the companies should return the super-profits received to the budget in the form of taxes.

The government introduced customs duties on the export of raw materials from August 1 to December 31, 2021. It is assumed that this will bring 113 billion rubles to the treasury. In July, the last month before the introduction of duties, the export of ferrous metals from Russia increased by 94 percent compared to June.

At the end of August, it became known about the plans of the authorities to increase the severance tax rate for metallurgical companies and fertilizer producers. Later, at a meeting with Belousov, metallurgists proposed to increase the income tax instead of increasing the MET, since otherwise it would be unprofitable for them to invest in complex projects with a low content of metals.