The apartments of Alexei Navalny, his wife and supporters are searched 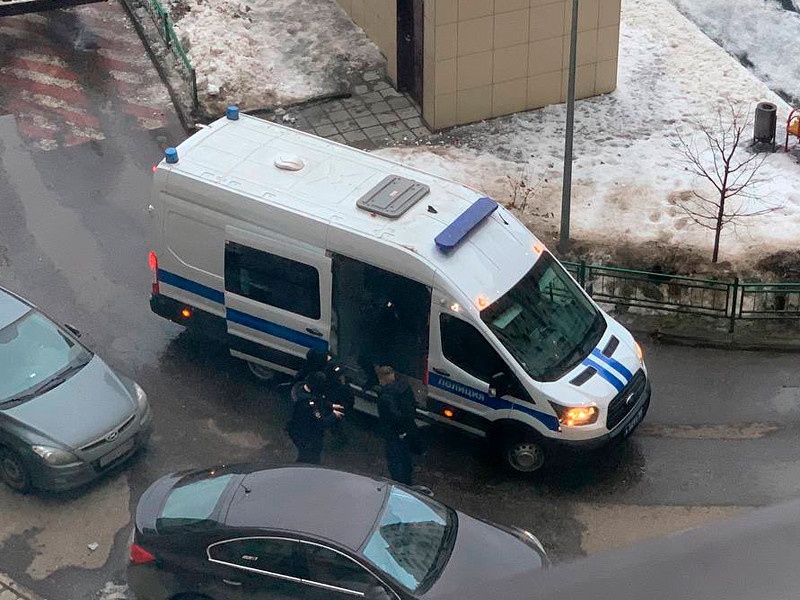 Law enforcement officers came to search the house No. 175 on Lyublinskaya Street in the capital’s Maryino district, where the arrested opposition politician Alexei Navalny lives. This was announced by the director of the Anti-Corruption Foundation (FBK, recognized by the Ministry of Justice as a foreign agent) Ivan Zhdanov. A search is also carried out in the apartment of the politician’s wife. Investigative actions are associated with a criminal case on violation of sanitary standards.

“In Maryino, they came to Alexei Navalny’s apartment with a search. Many” heavy “masked ones. They began to break down the door.” wrote Zhdanov on Twitter.

According to him, now Navalny’s brother Oleg is in the apartment.

The search is also being carried out in the apartment of the wife of oppositionist Yulia Navalnaya near the Avtozavodskaya metro station, added Ivan Zhdanov. According to him, the searches are carried out by the Ministry of Internal Affairs “within the framework of Article 236 of the Criminal Code of the Russian Federation (Violation of sanitary and epidemiological rules).” “Antiviral searches, it turns out,” – quotes the words of the lawyer “Rise”.

The security forces began to break down the door to Yulia’s apartment, without waiting for her lawyer’s arrival within 15 minutes.

Yulia Navalnaya is now so, well, what a bestiality. 15 minutes a lawyer can’t wait pic.twitter.com/bnr71BplJQ

The search is also carried out at the press secretary of the headquarters of politician Yulia Galyamina, Nikolai Kasyan. About this he reported on Twitter. “We do not know for sure on what business and in what status I am,” he added.

“OVD-Info” reports that the activist himself is not at home, there are his relatives.

On the search at home (at the place of registration) also reported member of the Libertarian Party Igor Efremov.

Also, the security forces came with a search to a member of the Steering Committee of the branch of the Libertarian Party of Russia in the Moscow region Gleb Bykov, according to microblogging decision makers on Twitter. “Gleb himself is not in the apartment. Security officials continue to search for a member of the Federal Committee of the LPR Igor Efremov,” the department added.

Another search is being carried out at the father of Navalny’s headquarters coordinator Oleg Stepanov. The activist himself is now serving an administrative arrest for five days.

Stepanov was interrogated as a witness in a criminal case on violation of sanitary and epidemiological rules (Article 236 of the Criminal Code of the Russian Federation), Mediazona writes.