Technologies of the future that should change the world

The modern world is developing so dynamically that literally every day, technologies appear that can radically change everyday reality, as has already happened after the ubiquity of smartphones, social networks and even navigators. Sometimes it is difficult for people to choose the names of things that they will use in the future. For example, the refrigerator at first was an “ice box”, and the projector was a “magic lantern”. But this does not prevent us from predicting how technologies will change in the future and what opportunities they will open up for people.

Experts predict that in 30-35 years 80% of the world’s population will live in large cities, so the issue of food production will be especially acute. The concept of vertical farms, where vegetables, herbs and other edible plants will be grown, will help to effectively use the limited available space in the face of constantly rising land prices. They will be located in cities, and individual objects can be placed directly on residential buildings. 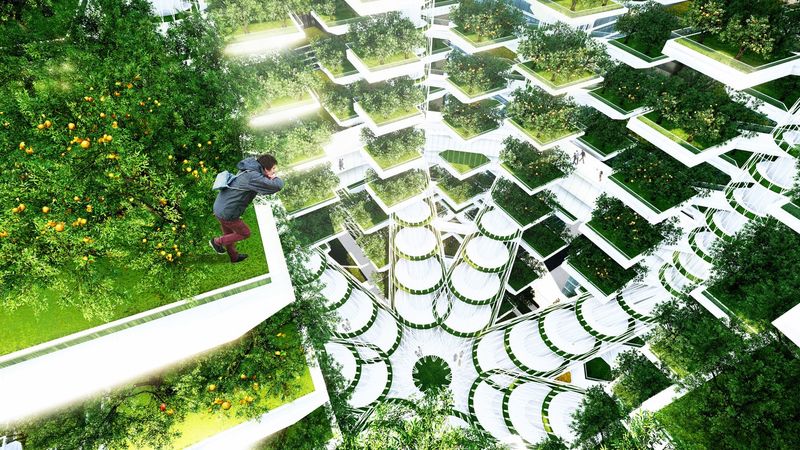 Vertical farms will also provide economical use of water and energy, since one irrigation can cover the entire area of ​​the farm. It is assumed that the building with an area of ​​​​an ordinary plot will produce the same yield as 6.5 hectares of agricultural land today. Thus, the new technology of vertical farms, which will provide mankind with fresh and healthy food, is quite capable of changing the world of crop production and overturning the traditional idea of ​​​​farming in the near future.

Growing meat in the laboratory

Many people refuse meat because they do not want to harm animals. In this regard, scientists are developing technologies that will change their minds: the creation of meat in the laboratory. This method reduces the cost of resources and energy needed to raise animals on farms. The resulting product is no different in taste from real meat and is more useful. And an additional bonus from the use of meat “from a test tube” will be the release of the place that is occupied by livestock farms today. 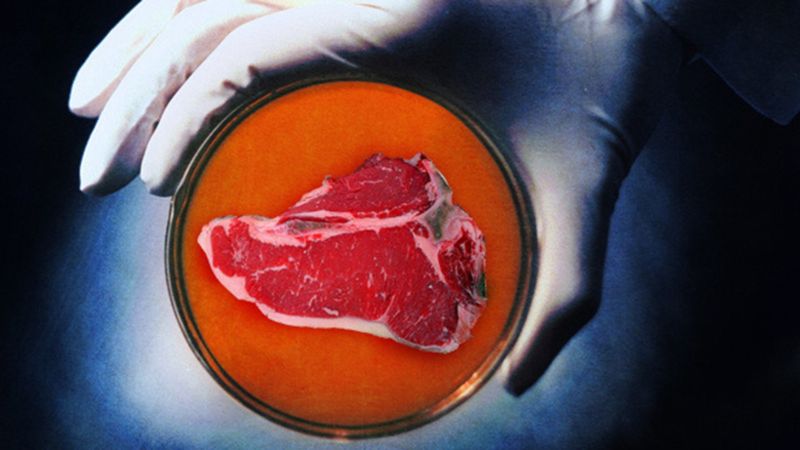 On a note! The world’s first lab-grown meat burger was created in 2013 by Mark Post and cost the biologist $325,000, but thanks to innovative developments, already in 2017 one burger costs $11, and a kilogram of such meat costs $80.

The main task of scientists in the future is to improve methods in order to bring the product to the consumer market and make it affordable for a wide range of consumers.

Yuri Dmitriev, a designer from Russia, has developed a refrigerator model called Bio Robot Refrigerator for participation in the Electrolux Design Lab competition. The principle of its operation is based on the cooling of products with a biopolymer gel – a substance that is odorless and does not stick to products. To cool this or that product, it is enough to place it in a gel, which itself is cooled by ultraviolet radiation. 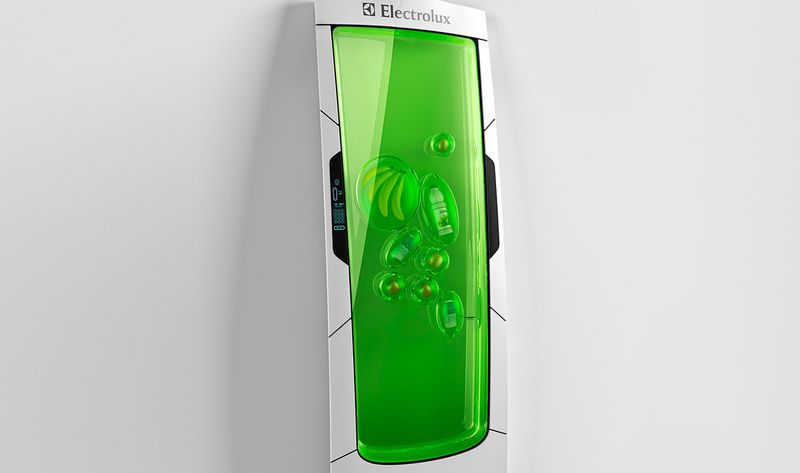 Among the features of the new technology are also:

The fantasies of science fiction writers of the past are gradually becoming reality in the 21st century. One of the main uses of holograms is as an alternative to conventional monitors and screens. Today, the main task of holographic displays is to make it possible to see an object in a three-dimensional image from different sides without the use of additional devices (for example, 3D glasses). 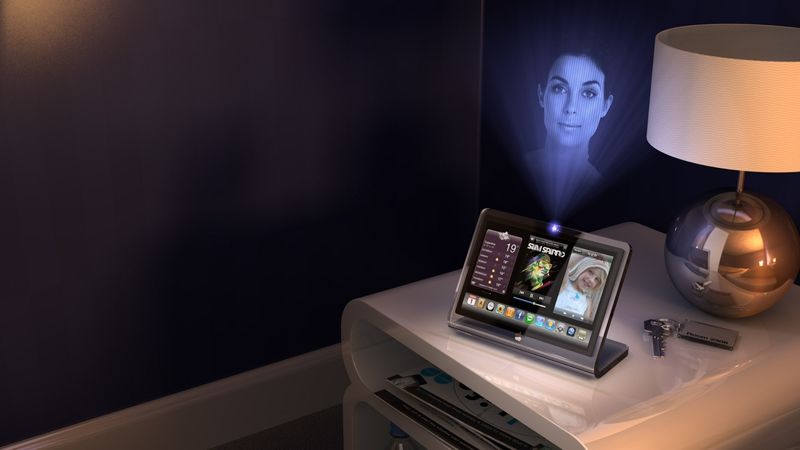 But holographic technologies of the future promise wider applications: designing buildings and editing design models in space, broadcasting a three-dimensional image of the interlocutor during video calls, displaying road markings and traffic alerts on the windshield of a car. They can be applied in almost any field of activity, and the possibilities will depend only on the imagination of a person. Who knows how this visual technology, which provides the volume and realism of the image, will change the world and help create.

Ultra-thin panels powered by organic light-emitting diodes, consume virtually no energy and can be rolled up – a technology of the future that will change the world of video viewing and allow you to place your monitor or TV exactly where you need it at the moment. LG has already unveiled a prototype TV with a screen so flexible and thin that it can be rolled up into a tube. 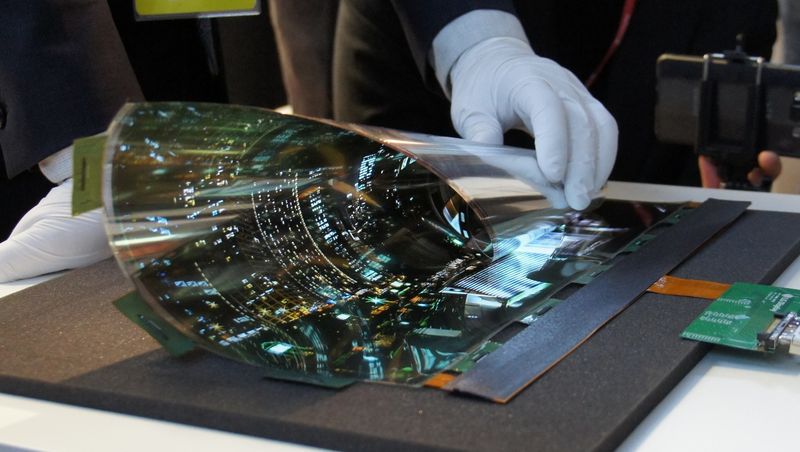 In the media and films, the topic of the future is periodically raised, where a person communicates on an equal footing with cybernetic partners who understand all emotions, commands, and even humor. Despite the fact that while such technologies of the future remain at the level of conversations and dreams, in the near future they will be able to change the world: scientists around the world are already achieving the first successes in developing programs that can recognize human emotions and expressions. Programs that exist today use facial recognition technology, which allows them to distinguish between anger or sadness of a person, and some are able to describe the environment. They can be considered the first step towards the creation of robotic machines with artificial intelligence, capable of identifying and describing events, and then reporting the received information to a person.

Another area of ​​using artificial intelligence is the diagnosis of diseases using MRI or X-ray images, which will be relevant in countries around the world with a shortage of qualified doctors. New technologies will make it possible to teach and train AI to analyze images to detect early signs of certain diseases, to study the effects of drugs on the human body.

It is believed that an unmanned vehicle will help ensure traffic safety, since it will not neglect the rules of the road and will be more predictable than a person. All kinds of sensors, cameras, navigation systems can make unmanned vehicles more perfect. In addition, the absence of the need for drivers will significantly save on wages and use transport almost around the clock, which will be appreciated by transport companies and taxi services. 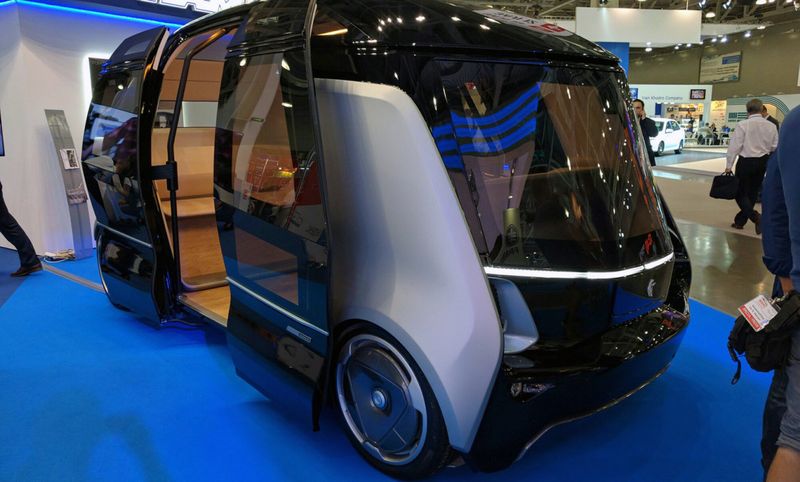 Many companies are already working on unmanned vehicles, including well-known companies in the automotive industry (General Motors, Audi, BMW, Toyota, Tesla), and those who have nothing to do with it yet (Google, Uber).

The active development of robotics today allows you to create human-friendly home robots and commercial drones. For example, Honda has proposed a humanoid model of the ASIMO robot, which is able to recognize people and gestures, take and give objects, respond to instructions, run and climb stairs. But in the near future, we can expect the emergence of even smarter and more advanced machines that can replace people in certain jobs (for example, receptionists or waiters). 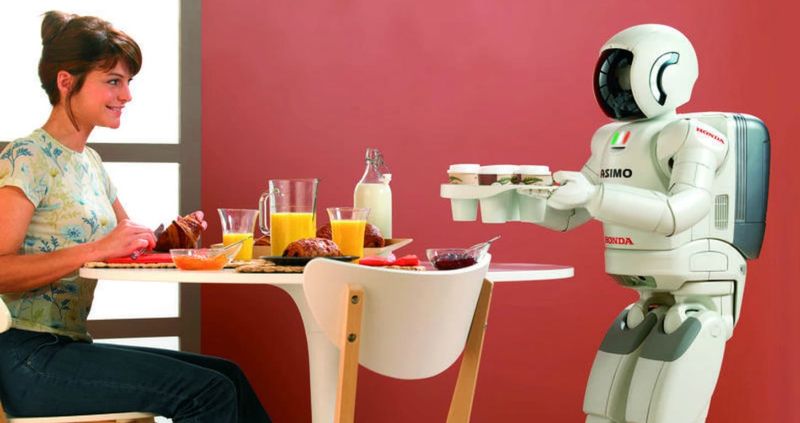 The areas of application of drones are also expanding every year. Judging by the number and variety of possible “professions” for these unmanned vehicles, we can confidently say that this technology is the future. They can be used to deliver medicines to hard-to-reach places, deliver orders from online stores, help farmers, act as waiters and patrol the territory.

The development of nanotechnologies makes it possible to use them in a variety of industries, but special hopes are placed on their application in medicine. Machines only a few nanometers in size will study human DNA or change the properties of various materials, providing, depending on the goals, their extreme strength or, conversely, fragility. Due to their tiny size, they will be enough to work the energy received from the heart’s heart rate or chemical reactions occurring in the cells. 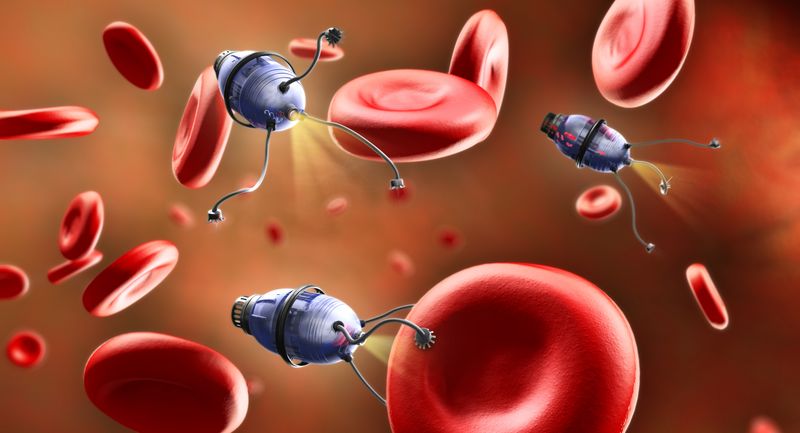 Nanotechnology will make it possible to see the full picture of changes in the body and develop drugs for oncological diseases, Alzheimer’s disease and other serious illnesses. One day, a world without nanomachines will seem like a stone age to man, but for now we can only guess what this technology of the future will bring to the world.

Google is developing a project called Skybender to create drones powered by solar panels that will distribute ultra-high-speed Internet. According to experts, its speed will be 40 times higher than that of 4G networks, which will allow transferring 40 GB of information in 1 second. 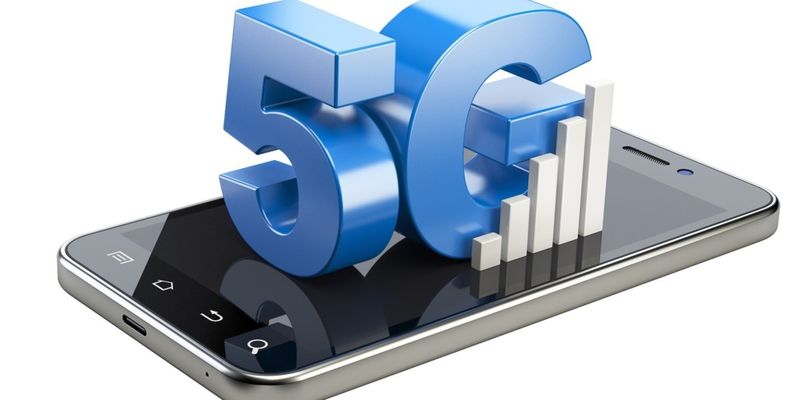 Since the existing spectrum used for data transmission is significantly congested, the new service will operate on millimeter waves. But due to the shorter range, they have a weak transmission range. If Google can get around this problem, then in the near future this new technology, which will change the world of data transmission, will allow us to use the Internet at incredible speeds.