Tatyana Brukhunova was criticized for her provincialism 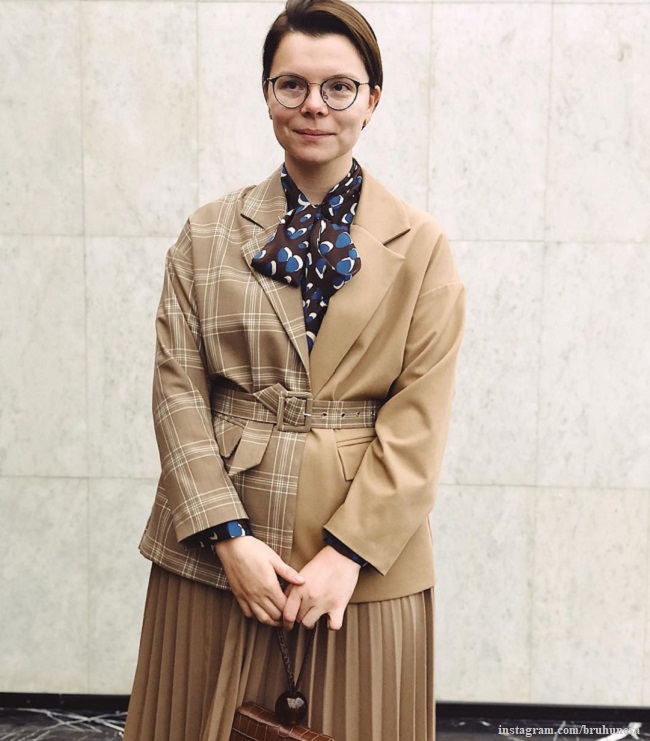 The humorist Petrosyan's wife, Tatyana Brukhunova, fought back the haters.

The young wife of 74-year-old Yevgeny Petrosyan is no longer used to caustic comments addressed to her. Only the lazy one did not call her guilty of the artist's divorce from Elena Stepanenko. Many also criticize Tatyana's style, including little-known stylists who are looking for fame at her expense. Brukhunova was ridiculed for wearing headscarves, but now this trend is supported by many celebrities.

This time, haters and "experts" drew attention to the origin of Petrosyan's wife. Profiler Ulyana Nikonenko studied Tatyana's blog and concluded that a provincial complex is embedded in the instadive. "There is no getting away from this. Perhaps it will never pass for her", - noted Nikonenko.

The profiler also assured that Brukhunova has a balanced character, she is modest, initiative, decisive and knows her own worth. Also, the girl likes herself.

"She does not use photo editing software that enhances her appearance. Brukhunova is far from modern beauty standards, which include thinness and athletic fit, but she accepts herself as she is without discomfort.", - said Ulyana in an interview with" Interlocutor ".

The artist's wife reacted to Nikonenko's words about herself. "The heat is off! I wonder why these people decided that I was ashamed that I was not born in Moscow? Yourself, come on, counts of Moscow", - said Brukhunova with irony.

Haters joined the discussion of Tatiana's origin. "From dirt to Kings. Previously, these were called spoon washers.", - reproached Brukhunova. "Do you even get satisfaction from your anger? Or so simple?- answered the girl. "This is a statement of fact: you were a provincial, you will remain a provincial", - the hater did not calm down. "So, what is next? I'm not ashamed of my origin!"- said the wife of Petrosyan.