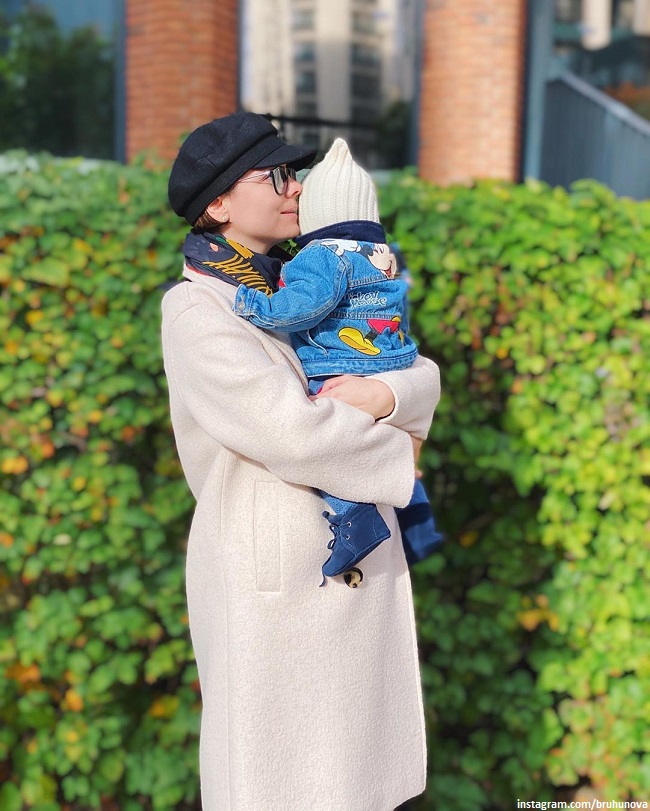 Rumors about Tatyana Brukhunova's second pregnancy have spread on the Web. Yevgeny Petrosyan's wife "lit" a rounded belly in the story of her personal microblog. Usually the spouse of a humorist hides the waist area in every possible way with the help of the correct styles of clothing, but then the outfit let her down.

In the video leaked online, she showed off a new coat, from under which the characteristic changes in her figure were clearly visible. Either the recording was made after a hearty dinner, or Evgeny Vaganovich will become a father again in the foreseeable future.

Brukhunova, answering questions from the public recently, did not deny that she was ready to give birth to another child to Petrosyan, preferably a daughter. "All the will of God", - says Tatiana about the plans for the birth of a girl.

The couple's first child was born six months ago. The couple declassified the baby on September 16, the day of the 75th anniversary of the comedian. The son of the creator of the "Crooked Mirror" was named Vagan. Brukhunova honestly admits that she shifted the care of the little heir to an assistant because of her busy work schedule. Nevertheless, Tatiana manages to enjoy communication with the baby. She goes for walks with him on weekends and sometimes takes him on tour.

Contrary to rumors that the child was born thanks to a surrogate mother, Brukhunova insists that she gave birth herself. She managed to hide her first pregnancy due to free styles and old photos that she published on the Web.