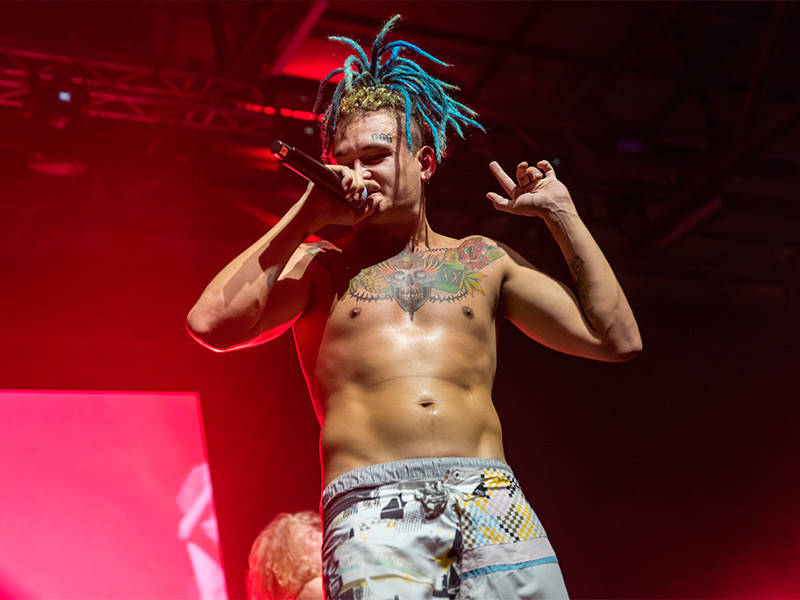 The Drug Control Department of the Main Directorate of the Ministry of Internal Affairs in Moscow opened an administrative case against the rapper Morgenstern under Part 1 of Art. 6.13 of the Administrative Code of the Russian Federation (propaganda or illegal advertising of drugs), TASS reports, citing a law enforcement source.

The reason for bringing the artist to administrative responsibility was the statement of the former State Duma deputy from the Liberal Democratic Party Dmitry Nosov, who complained about the singer’s clips “Rose Wine-2” and Family. The rapper faces an administrative fine of up to 1 million rubles.

This is not the first complaint by politicians about Morgenstern’s work. In early April, Sergei Gavrilov, Chairman of the State Duma Committee for the Development of Civil Society, Issues of Public and Religious Associations, asked Russian Prosecutor General Igor Krasnov to check the clip of the rapper “New Wave”, recorded together with DJ Smash, for signs of extremism.

The video, released on April 2, on the eve of Catholic Easter, was filmed in interiors reminiscent of a Catholic church, Morgenstern’s costume looks like a papal vestment, and DJ Smash is wearing a cassock.

Gavrilov urged the Prosecutor General’s Office to check the video for “signs of actions expressing clear disrespect for society and committed in order to offend the religious feelings of believers, as well as signs of extremist activity.” At the same time, the deputy asked Roskomnadzor to block access to the video.

At the same time, the disclaimer at the beginning of the video warns that the video is not intended to offend anyone, including the feelings of believers, and is entertaining in nature, and also contains profanity and scenes of a sexual nature. The authors emphasize that they do not use or promote the use of psychotropic substances. “All characters are fictional and the action takes place in a parallel universe, do not take everything seriously,” – says the disclaimer.

At the end of March, the Safe Internet League, under the leadership of Senator Elena Mizulina’s daughter Yekaterina Mizulina, asked the Prosecutor General’s Office to check Morgenstern’s activities, as it believes that he is “consistently engaged in the promotion of drugs among children.”

“This is frank, this is downright cruel propaganda in the children’s environment, because it is watched mainly by teenagers, small children, and here, of course, I am not sure that there will be only administrative responsibility,” Mizulina said in a recent interview with journalist Anton Krasovsky.

After information about the initiation of an administrative case against Morgenstern, “Alf-Bank”, which a month ago announced the rapper’s employment as a director for youth work, said that the musician was not an employee of the bank. “The news that he is our employee is nothing more than a publicity stunt,” the organization’s press service told RBC.

In mid-March, Alfa-Bank’s marketing and communications director, Alexei Giyazov, said that the position of youth affairs director was created specifically for Morgenstern, who “is set up for serious work,” “will go to the office, like everyone else, to participate in planning meetings and reporting on the results. “

A commercial for the bank featuring Morgenstern, filmed at the end of 2020, attracted the attention of the Federal Antimonopoly Service. The service opened a case due to multiple violations in the video and demanded a written explanation. The agency called the image of bank employees defiant and obscene created in the advertisement and pointed to a segment of a video humiliating women, in which Morgenstern holds a card in the area of ​​a girl’s bare chest, as if performing a banking transaction. The FAS also did not like the fact that Morgenstern demonstrates the use of alcohol and urges minors to persuade their parents to issue a bank card.