Tarzan’s mistress is about to file another lawsuit against him

Anastasia Shulzhenko wants to defend her honor in court.

For a couple of months now, the scandal around the family of the singer Natasha Koroleva and dancer Sergei Glushko, better known under the pseudonym Tarzan, has not abated. Last week it became known that actress Anastasia Shulzhenko filed a police report against Glushko. Sergei's mistress accused him of intentionally causing physical harm after their clash in the restaurant where Tarzan was supposed to perform. Glushko pushed Anastasia, as a result of which the actress received a head injury.

Today it became known that in addition to a lawsuit about beatings Shulzhenko is preparing to file another one. This time, the actress is going to defend her honor and dignity in court. Anastasia was unhappy with the way Natasha Koroleva spoke about her. According to the singer, Shulzhenko was supposed to become a surrogate mother for her and her husband. Natasha said that Tarzan kept in touch with the actress for this very purpose for a long time, but in the end Anastasia framed Sergei in order to collect dirt on the star dancer and thereby increase her own popularity. 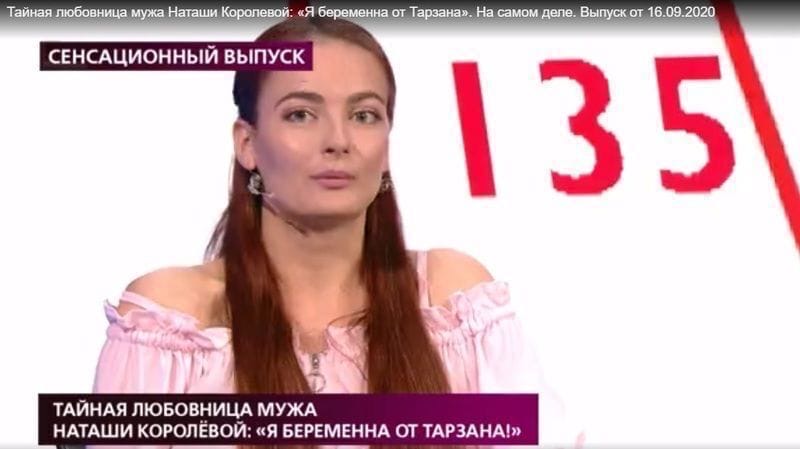 Anastasia Shulzhenko in the show "Actually"

This statement strongly angered Shulzhenko. The official representative of the actress Diana Bicharova stressed that the words of the Queen simply cannot be true. Diana noticed that in our country, only a woman who had previously given birth to at least one healthy child has the opportunity to become a surrogate mother - and Anastasia has no children at the moment. Bicharova also added that her client will not take the case to court only if the star family apologizes to her for slander. The Queen and Tarzan have not yet commented on Shulzhenko's statement.

By the way, a couple of days ago, Anastasia, who suffered from Tarzan, talked about how she felt after the injury. According to the actress, due to the blow to her head, her eyesight sharply and greatly deteriorated. In her microblog on Instagram, Shulzhenko shared a picture of her lying under a dropper. “In the struggle for my good name, I lost all my health: my nerves were at the limit, after falling, my eyes did not see at all, because there were problems anyway,” complained the ex-mistress Glushko (the author's spelling and punctuation are unchanged. Prim. row.). Anastasia also called all the accusations against herself about the theft of expensive jewelry from the house of the Queen and Tarzan as slanderous. 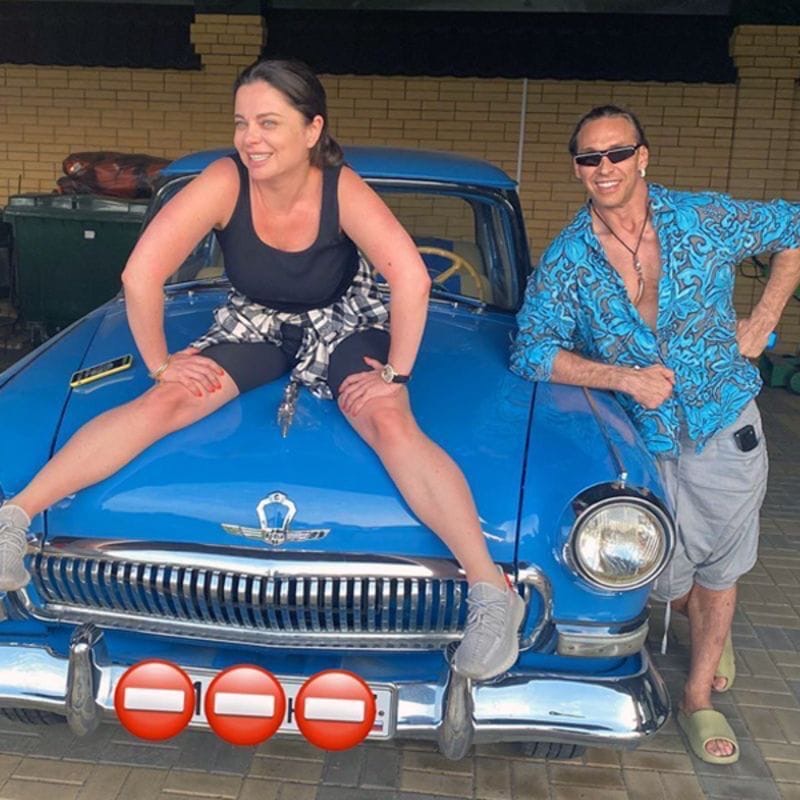 We will remind that the scandal over the betrayal of Glushko forced not only Shulzhenko to transfer the case to the hands of justice. Earlier this month, Natasha Koroleva also threatened to bring the case to court after Andrei Malakhov disappointed her and nevertheless raised the topic of the artist's personal life in his show "Live". Shortly before this, the Queen publicly thanked the TV presenter for showing understanding and not filming a plot about Tarzan's betrayal. According to a person close to Natasha, after the release of Andrey's show with Anastasia Shulzhenko as a guest, the Queen fell into a rage.

It should be added that the relationship between Tarzan and Natasha did not deteriorate after the loud story with his mistress. From the very beginning, the singer supported her husband in every possible way, and in a recent interview with Ksenia Sobchak said: Sergei was simply framed. Glushko himself also publicly demonstrates that things in the family are going smoothly, despite evil tongues and his betrayal. So, today Tarzan shared a video on his microblog on Instagram in which he sings a song of his own composition. The words of the musical composition are dedicated to his star wife. In the text, the dancer confesses his love to Natasha Koroleva and asks strangers to stop prying into their personal affairs.

Tarzan's mistress accused him of lying after an interview for the show "Beware, Sobchak!"