Synthesized substance to combat pollution of the planet 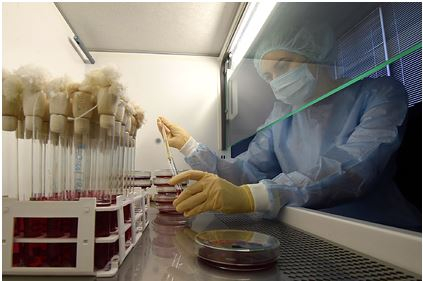 Russian scientists, together with colleagues from Italy, have come up with a new way to synthesize barium bismuthate for processing organic pollutants for wastewater treatment and obtaining hydrogen fuel. This was reported in a press release on the RSF website.

Barium bismuthate is an alternative to widely used photocatalytic substances, which, when irradiated with light, break down organic molecules into simpler compounds that do not have a toxic effect. Usually titanium oxide is used for this, but it functions only in the presence of ultraviolet radiation, which makes it difficult to industrialize it.

The new photocatalyst is capable of breaking down water and carbon dioxide, making it potentially useful in reducing the amount of carbon dioxide in the atmosphere and fighting climate change on the planet. Researchers have learned how to synthesize barium bismuthate in its pure form without carbonate impurities. To do this, they prepared a mixture of barium nitrate and bismuth oxide, ground it and subjected it to heat treatment. As a result, thin films were obtained on a quartz substrate.

The analysis results showed that barium bismuth decomposes phenol faster than titanium oxide. As it turned out later, the photocatalytic activity of the substance is due to positively charged responses (photoholes) and oxygen radicals.