Swimming in the pool, the man met his doppelgänger

Sean Douglas McArdle, who was swimming in the pool of the Flamingo Hotel (Las Vegas, Nevada, USA), noticed that some strangers were pointing fingers at him and laughing. 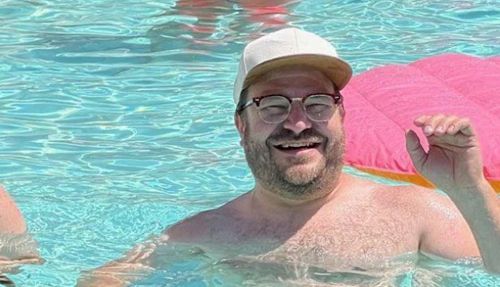 Naturally, the man felt extremely embarrassed, but then he saw that his own friends were behaving in a similar way – pointing at some stranger and having fun with might and main. The reason for the strange behavior quickly became clear. There was a man in the pool who looked remarkably like Sean, to the point that the stranger also wore a cap and horn-rimmed glasses. Sean at first even thought he was looking in the mirror.

The photo of the hero of this story and his randomly met doppelgänger has been widely circulated on social networks. Some of the users asked the man a question – are their voices similar to the “twin”. To this, Sean replied that the amazing resemblance to the voice did not apply – an unfamiliar man sounded completely different.

Arriving at the gym, the woman met her husband’s doppelgänger