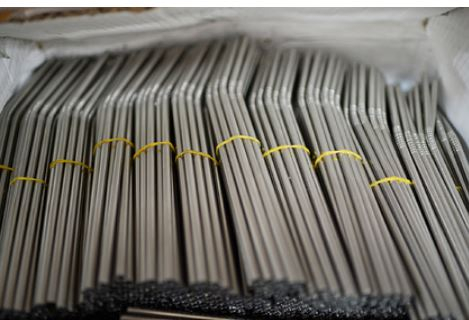 Swedish producer of environmentally friendly steel HYBRIT delivered the world’s first “revolutionary” metal. According to Reuters, the company plans to fundamentally change the steel industry, which now accounts for about eight percent of the world’s carbon dioxide emissions.

The first client of HYBRIT was the car company Volvo – it received a trial batch of pure steel, the start of commercial production of which is scheduled for early 2026.

The Swedish company began testing carbon-free steelmaking technology in 2020 at a plant in the city of Luleå in the north of the country. Conventional steel requires coal to make, but HYBRIT has replaced it with electricity and green hydrogen.

The steel company SSAB, which accounts for 10 percent of carbon emissions in Sweden and 7 percent in Finland, believes the trial delivery of pure steel is an important step towards the industry’s transition from fossil fuels.

Another company, H2 Green Steel, plans to build a plant for the production of environmentally friendly steel in the north of Sweden. In addition to metal, the company will start producing hydrogen from renewable sources from 2024.

Russia is also working to reduce emissions from metallurgy. In April, En + Group successfully produced aluminum with a minimal carbon footprint. There is only 0.01 tonnes of CO2 per ton of metal – this aluminum is considered environmentally friendly by more than 99 percent.