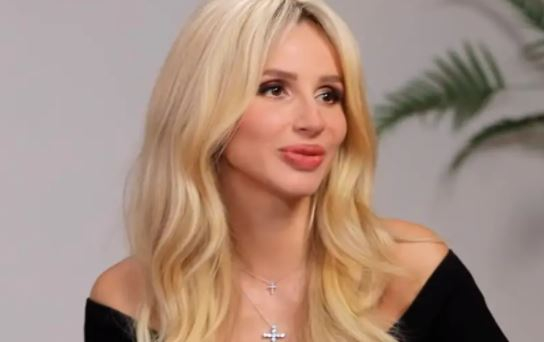 Ukrainian singer Svetlana Loboda shared some details about her man. It turned out that next to him, the artist feels like a weak woman.

The singer rarely shares the details of her personal life. However, she opened up in the new issue of the YouTube show of journalist Masha Efrosinina “Exam”.

“Next to him I am a girl, I am weak. He’s an adult. He is older than me. He is very wise, understanding. One that has not yet been in my life. He breaks me a little, and due to the fact that I love him very much, I give in. When they say to me: “Well, here you are working again, I asked you to allocate time for two.” I immediately think: I need to clean it up, maybe I’ll earn some money there at night, I’ll make a song at night, but here I’ll spend time with him, ”Loboda said.

Despite the presenter’s inquiries, the performer of the hit “Accidental” did not give the name of her chosen one. At the same time, Loboda added that they have been living together in Europe for a long time. The actress also declined to comment on the father of her youngest daughter Tilda.

Earlier, Svetlana Loboda said that her former producer Natella Krapivina is constantly in conflict with someone. The manager’s behavior has always negatively affected their relationship.