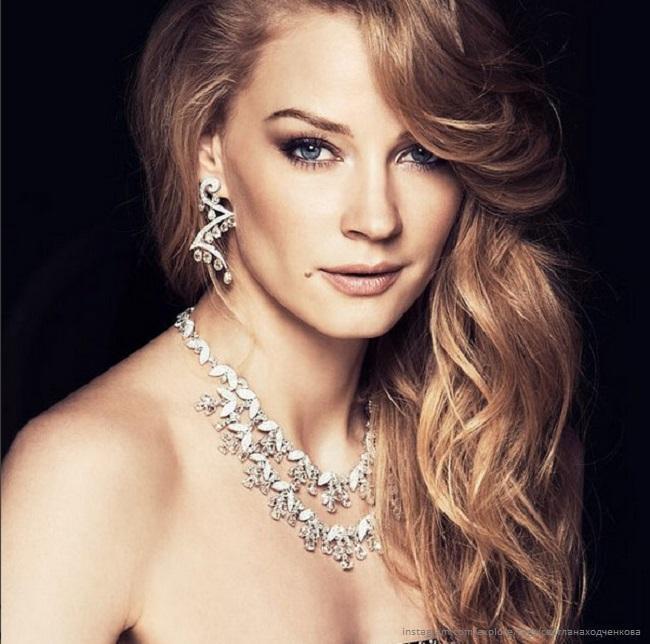 The artist had to act out passion in front of the camera more than once. Many people especially remember her bold appearance in the video of the Leningrad group for the song Ecstasy. Almost half of the video, a half-naked blonde, showed love joys with Anton Filipenko.

"You can't go anywhere. If bed scenes are justified by the script, then I am okay with this. Sometimes I use stunt doubles. But I love bed scenes. I really like"- said the actress.

The star explained that she enjoys the spicy episodes only from a professional point of view. After all, for the actors, this is just an opportunity to have fun.

"I am lucky to have partners with a good sense of humor, - she shared on YouTube "George Behind the Scenes". - Therefore, if the viewer sees sexuality, tenderness, and so on, then we are in bed while filming these scenes stupidly neighing. Sometimes to such an extent that it is impossible to collect us. We are amused by everything that happens. For us, it's all a game, not for real. Sometimes it happens that even our life partners believe in these scenes and say: “Well, of course, I kissed it there. I saw the way you looked at him. " And I answer: “So I'm a good actress".

By the way, among the on-screen lovers of the star, there is also a Hollywood handsome man - Tom Hardy. The actress kissed him in the thriller "Spy, Get Out!" "There was no embarrassment. Everyone understood why we were here. Do not wrinkle boobs, but work fine. I probably saw for the first time how a person changes in the frame. He has a different gait, movements, gestures, and he just changed the lenses and hairstyle. In life, Hardy is such a kid-boy and humanly pleasant", - the artist recalled.

Meanwhile, Khodchenkova herself has a very controversial image in society. Some consider her to be a real bitch. "This is said by people who do not know me at all. They are probably enraged that they are not part of my circle of friends, and therefore allow themselves to speak like that. Thus, they disclaim responsibility for the fact that everything goes wrong with them.", - Svetlana is sure.