Svetlana Bondarchuk spoke about her second husband and children 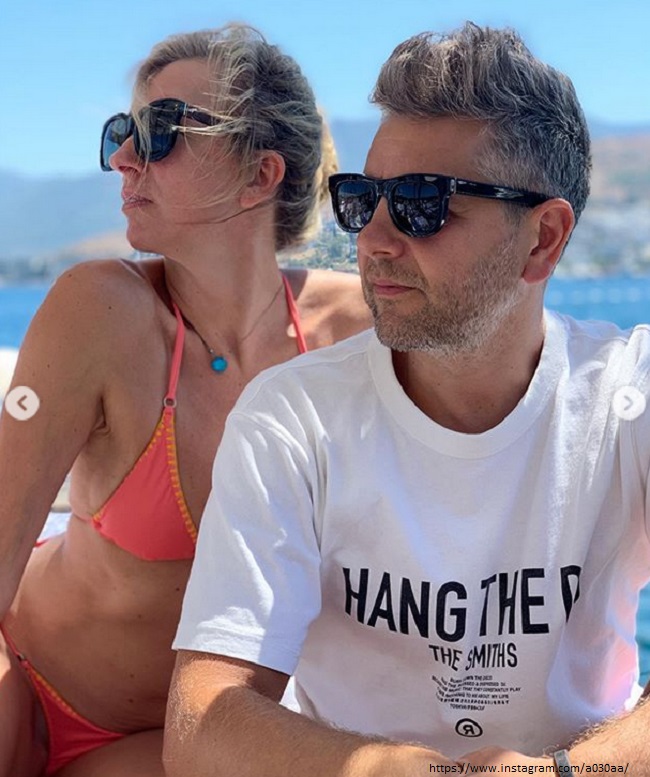 Socialite Svetlana Bondarchuk admitted that she wants a son.

Former editor-in-chief Cosmo and Sergey Kharchenko have been together for about two years. In August of this year, the couple tied the knot. According to the TV diva, until recently she did not understand what feelings she had for the chosen one.

"The most difficult question was - do I love Seryozha, because at this moment I understand that it seems to me "yes", but suddenly it only seems to me. I say yes, but inside I know why there is a moment of doubt. No matter how much we live together, no matter how many emotions we have, you clearly do not fully understand this.", - said 51-year-old Bondarchuk in the YouTube show Sveta Around the World.

Svetlana's new husband is five years younger than her. Spouses do not mind the age difference. Moreover, they even think about joint children. "If I am with the man with whom I am today, then it will probably be logical if, in addition to our children, of whom we already have a sufficient number, there will still be our common child. The boy is better ... I somehow understand how to deal with boys. Although girls are good too. Can a boy and a girl", - said the TV presenter.

We will remind, earlier the model was in a relationship with Fedor Bondarchuk. The couple divorced in 2016 after 25 years of marriage. According to rumors, the director left his wife for the sake of the young actress Paulina Andreeva. Svetlana herself repeatedly emphasized that the ex-husband did not leave her, they parted by mutual agreement.

"Nobody left someone for the sake of someone else. A crisis just happened, a dive from which we could not get out. The life of each of us continued, and only after a while some things began to happen. Fedor has a new relationship, but they were not the reason for the divorce", - Bondarchuk confessed.

By the way, Svetlana treats her ex-husband's current darling well. According to her, she considers Paulina to be a very beautiful and talented artist. "I have always admired her beauty. I was at the play "Near Zero" at the Moscow Art Theater, I saw her in a latex suit. I didn't even know who she was, but she made a fatal impression on me. I thought: "Finally, a beautiful actress has appeared!" I came to Fedya and said this, - the TV personality admitted. - She looked so organic. In the production, everything was provocative ... She generally goes to undress. I said to Fedya all the time: "What a beautiful actress." Now Fedya has a beautiful wife".