Sunset of the star of Grigory Rasputin

Grigory Efimovich Rasputin was born into a peasant family in Siberia in 1869. He grew up as a drunken, illiterate narcissist who seems to have a passionate illusion that he is the most important being in the universe. He joined the eccentric Russian Orthodox sect Khlysty, which believed that through scourging they attain a state in which the Holy Spirit speaks to them.

At the age of 18, he married Praskovya Fedorovna Dubrovina, from whom he had three children, but he spent a lot of time in restless wanderings. Traveling to Greece and Jerusalem, living for charity, he has earned a reputation as a holy man who can heal the sick and see the future. Dirty and shaggy, with glowing eyes, he obviously had a bright appearance. However, a certain number of admirers gathered who believed in him, claimed that he healed them.

In 1903 Rasputin arrived in St. Petersburg, where he attracted a lot of attention. The event that made him an important figure took place the following year, when a son was born to Tsar Nicholas II and his German wife, Tsarina Alexandra. They already had four daughters, and they were delighted with the birth of a son and an heir, but the child, Alexei, suffered from hemophilia and therefore periodically suffered from severe bleeding, threatening premature death. The medical care available at the time was ineffective. Rasputin met the Tsar and Tsarina and made a good impression. When Alexei suffered severe bleeding in 1907, Alexandra desperately summoned Rasputin to the royal palace to help. He prayed by the bed and somehow was able to calm both the boy and his parents. Perhaps calming the parents helped calm the boy. Since then, he has come to the rescue as needed.

Loving his wife and worrying about his son, the tsar largely ignored reports of Rasputin’s constant drunkenness and sexual exploits with numerous women reaching out to him. The situation worsened when Russia entered World War I in alliance with France and Britain against Germany and Austria. In 1915, Nikolai decided that he should personally command the Russian army. He went to the front, putting Alexander in charge of the house.

Since Alexei still suffered from bouts of hemophilia and burdened with the additional worries of running the country, Alexandra Feodorovna made Rasputin her main adviser. He was criticized as an incompetent upstart and a threat to the monarchy. His most vicious opponents believed that he secretly wanted the Russian army to be defeated by the Germans, and there were several unsuccessful attempts to kill him.

The successful attempt was led by Prince Felix Yusupov, the husband of the royal niece. This was also attended by Vladimir Purishkevich, a right-wing deputy of the Russian State Duma. Grand Duke Dmitry Pavlovich, cousin of the Tsar. An army officer named Sukhotin and Dr. Stanislav Lazovert, a close friend of Dmitry Pavlovich. 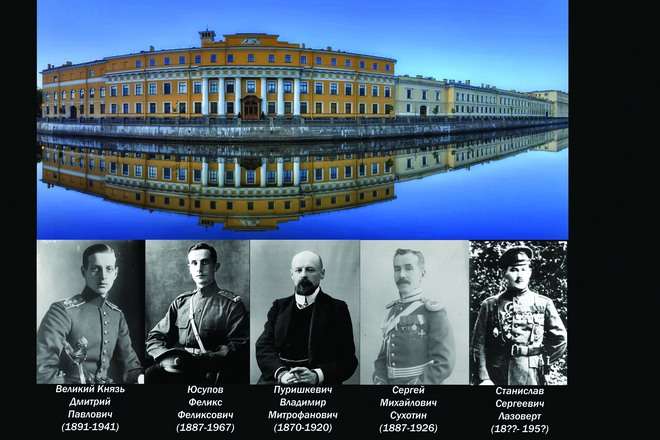 Yusupov, who knew Rasputin personally, invited him to his palace that December evening. It was very cold, and upon the arrival of Rasputin, he was treated to wine and pastries, which had been poisoned in advance. The others remained quietly upstairs. Rasputin became more and more cheerful, swallowing more and more wine and cakes without any unpleasant consequences, while Yusupov, meanwhile, played the guitar and sang songs to him. In the end, the astonished Yusupov took out a pistol and fired at Rasputin. He let out a terrible cry and fell, writhing, but then with difficulty got to his feet and attacked Yusupov. 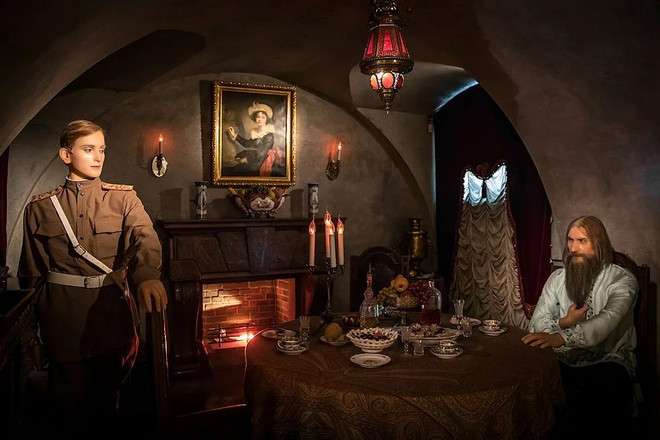 The rest rushed down, and Purishkevich fired several shots at Rasputin, hitting him in the shoulders and head. Rasputin fell, and Lazovert declared him dead. They tied him up with a rope, wrapped him in dense cloth and took him to the frozen Neva, where they found a wormwood and pushed his body into it. When his corpse was discovered a few days later, it was revealed that he was still alive at the time and struggled to free himself, but drowned.

Rasputin died, he was 47 years old, but the same fate awaited the Russian monarchy itself. A few weeks later, Nicholas II was forced to abdicate the throne, and in 1918 he, Alexandra Feodorovna, Alexei and other family members were shot.