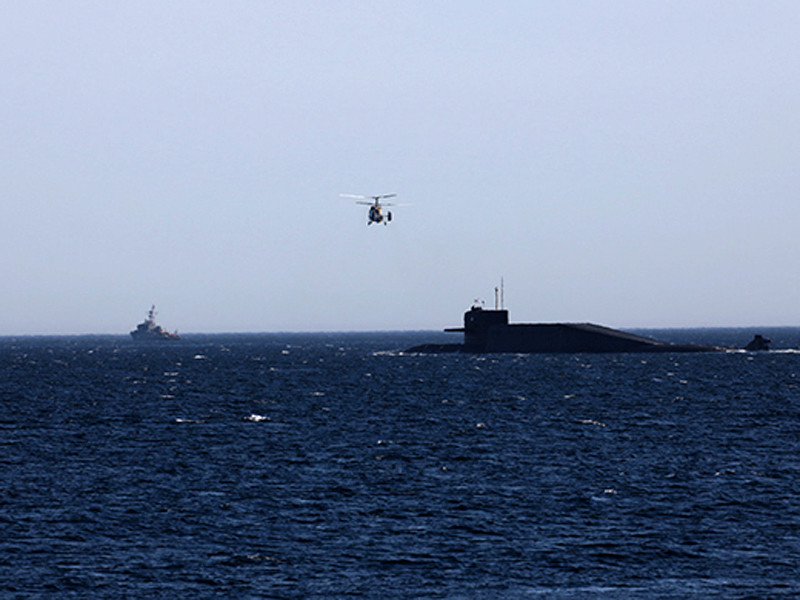 Ministry of Defense of Russia

Submarines and ships of the Russian Northern Fleet went to sea during the exercises that had started in the Arctic zone, Interfax reports with reference to the press service of the fleet.

Ships and submarines left the main bases of the Northern Fleet on the Kola Peninsula: Severomorsk, Polyarny and Gadzhievo. “Their mine protection has been worked out,” the message says. “Air defense units have worked out building up the radar field in the Arctic and putting on high alert anti-aircraft missile divisions equipped with S-400 and S-300 systems deployed on the Kola Peninsula and on the Novaya Zemlya archipelago. “.

The Northern Fleet reported that there are submarines equipped with Kalibr cruise missiles and the frigate Admiral Kasatonov in the Barents Sea. Also, a naval strike group consisting of small missile ships “Iceberg” and “Rassvet”, a naval search and strike group consisting of small anti-submarine ships “Snezhnogorsk”, “Brest” and “Yunga”, two naval trawling groups as part of a sea minesweeper “Vladimir Gumanenko”, base minesweepers “Kolomna”, “Yelnya”, “Yadrin” and “Solovetsky boy”.

“The coastal and ground forces of the Northern Fleet have practiced bringing them to the highest degree of combat readiness and entering the designated areas to conduct maneuverable defense, search and destroy sabotage and reconnaissance groups of the imaginary enemy,” the Northern Fleet said in a statement.

The exercises are held under the leadership of the Commander-in-Chief of the Russian Navy Nikolai Evmenov. They began against the background of the concentration of Russian troops in Crimea and on the border with Ukraine. This caused alarm in the United States and European countries.

On April 19, the Ministry of Defense of the Russian Federation reported that during the exercises of the Northern Fleet, special attention will be paid to ensuring the safety of objects of economic activity of Russia in the Arctic, conducting rescue operations and providing assistance at sea, resolving possible crisis situations in case of their occurrence, protecting and defending sea communications.

“This is the largest exercise in the history of the Northern Fleet, aimed only at the Arctic,” the former chief of the main headquarters of the Russian Navy, retired Admiral Viktor Kravchenko, told Interfax on April 19. According to him, up to 70% of the personnel of the fleet can be attracted to the exercises.

Viktor Kravchenko expressed confidence that the maneuvers are being carried out “taking into account the state of affairs on the western border of Russia.” “This is also a political signal to the United States. They keep making claims to us that the Northern Sea Route should be international, and the Northern Sea Route passes through the Russian economic zone,” the admiral said.

On April 6, the Ministry of Defense of the Russian Federation reported that the Russian Armed Forces began a control check during the winter period of training, exercises will be held in all military districts. According to the military department, 4048 exercises of various scales will be held during April, including 812 bilateral ones, at 101 training grounds and 520 facilities of the training and material base.

On April 13, Russian Defense Minister Sergei Shoigu said that Russia was taking measures in response to threats from NATO, during a control check, two armies and three airborne forces were deployed to the western borders. Brigades and divisions are called formations in the Armed Forces of the Russian Federation.

In recent years, Russia has strengthened its military grouping in the Arctic zone. On September 20 last year, the press service of the Northern Fleet announced that new S-400 long-range air defense systems (Almaz-Antey concern VKO) were put on alert on the Novaya Zemlya archipelago. On the S-400, the anti-aircraft missile regiment of the Northern Fleet on the Yuzhny Island was rearmed. Previously, the regiment was armed with S-300 air defense systems.

Earlier, the commander of the Northern Fleet, Alexander Moiseev, said that the Russian military had deployed Bastion coastal missile systems in the Arctic on the archipelagoes of the New Siberian Islands and Franz Josef Land to cover the Northern Sea Route.

The Ministry of Defense of the Russian Federation informed that over the past few years, almost two dozen airfields have been reconstructed in the Arctic.

In December 2019, at a meeting in Moscow with military attachés, the head of the Russian General Staff, Valery Gerasimov, said that Russia was against the presence of foreign warships on the Northern Sea Route.

“Today, our Armed Forces are able to fully ensure the safety of navigation in the water area of ​​the Northern Sea Route, in connection with which there is no need to find other countries’ warships in this sea corridor,” he said. Gerasimov called the Northern Sea Route “a historically established national transport communication.”