Many people in Japan are addicted to capsule vending machines that sell toys and souvenirs encased in transparent balls (or capsules).

But not so long ago, a very strange machine appeared on the streets of Tokyo. By spending $2.30, anyone will receive a capsule containing a photo of a random person. All photos are made in a strict style – usually such pictures are glued onto documents.

Oddly enough, but over the past two months, thousands of people have made a purchase in an unusual machine, became the owner of a photo of one of ten random people. 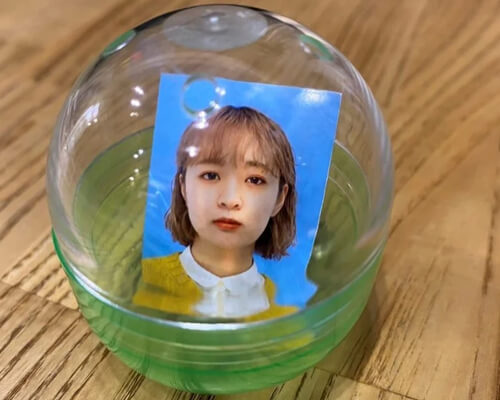 It turns out that the capsule machine is the brainchild of entrepreneur Terai Hiroki. The man thought that in difficult times, when many wear masks on their faces, it would be fun and interesting to admire the faces of strangers. And not just to admire, but to think about who these people are, what their names are and what they are passionate about. Terai added that all ten models gave full consent to use their faces for strange souvenirs. At first, the businessman was afraid that the idea would fail, but now he has installed another machine on the city street with even more random faces.

Special flags fight the abundance of dog excrement on the street