Representatives of different cultures are often surprised by customs to which they are not accustomed. But their rituals, familiar from childhood, always seem natural and ordinary. But there are really strange traditions from different countries and peoples of the world that will make even a seasoned traveler wonder. 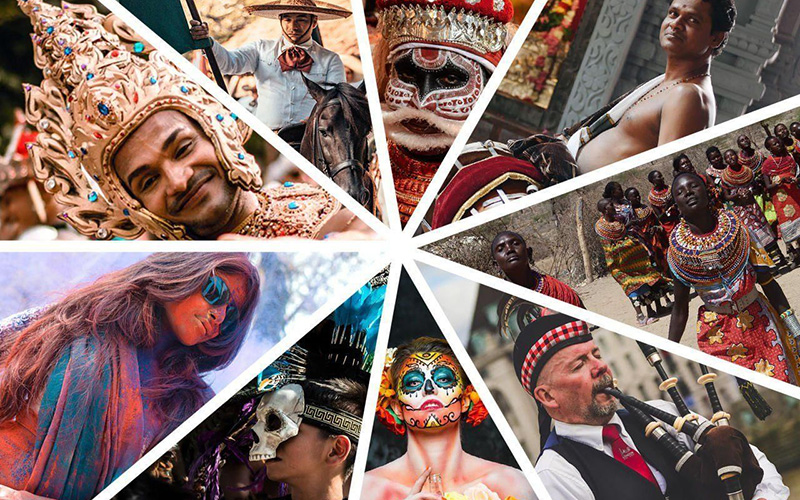 An interesting event is being held in Germany, which has no analogues in the Slavic countries. It’s called Polterabend. It is organized by the bride and groom a couple of weeks before the wedding. The bottom line is that each guest must bring with him and break ceramic or porcelain dishes, and the hosts will meekly remove the fragments together. Thus, they will show that they are ready to go through various trials together and together solve problems that arise in everyday life.

It is important to remember that the dishes should be ceramic or porcelain, and not glass. To break the glass at the feet of the emerging family is unfortunately. 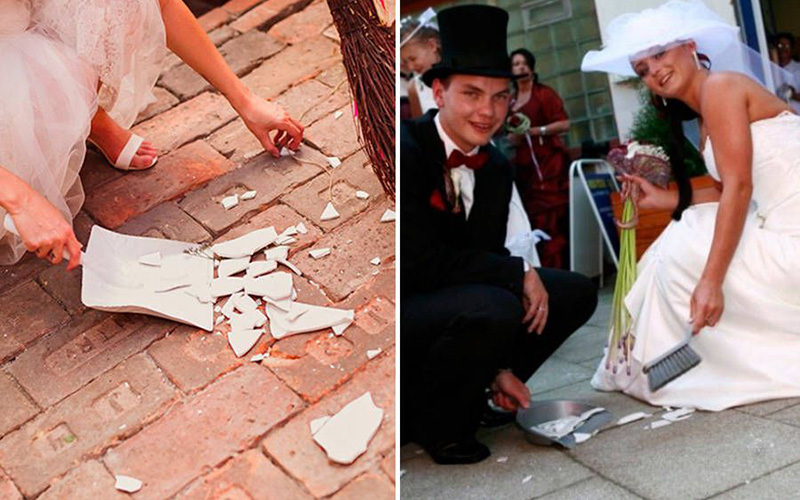 If your kids dream of living in Bali, you can tell them about one of the island’s strangest traditions that would make the tooth fairy swoon. The Balinese have long noticed that bloodthirsty predators have sharp and large fangs. It is not for nothing that in horror films and legends about vampires there are often unsympathetic appearances with protruding fangs.

To protect their heirs and prevent them from treading the path of evil, the island has a ritual of grinding these teeth at the age of 18. They do it without anesthesia, they just sharpen it on the living. This is considered a sign that the boy or girl has become an adult and has an equal right to vote on an equal basis with the rest of the community. Agree, getting a passport is much more pleasant than cutting off fangs, so it’s better to become a full-fledged Balinese after coming of age.

In the Orthodox religion, the rite of baptism is the most important in a person’s life. It is believed that after baptism, the child stops crying and getting very sick. In some western regions of India, there is a ritual from which they expect the same: health, good luck and even wealth in the future for their child. True, in terms of content, it is not as harmless as smearing with myrrh and dipping in holy water. Indians throw a child from a tower, 10-15 meters high. The higher the tower, the more luck and health the baby will have. 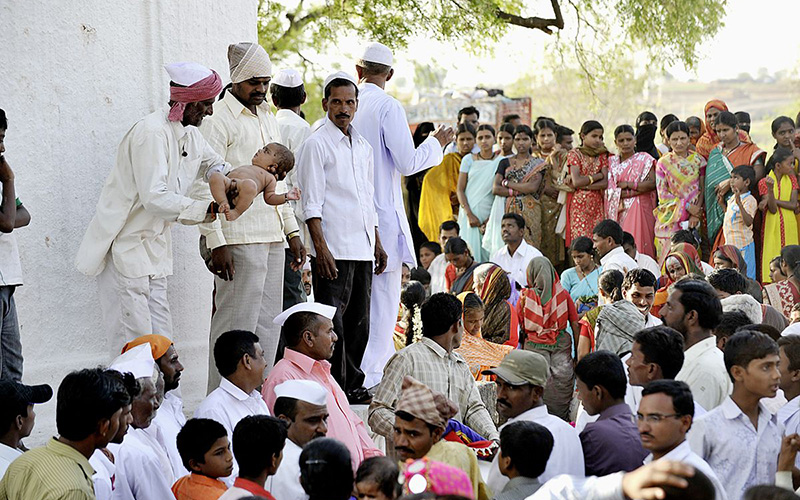 At the same time, men with a stretched sheet stand below. The task of the thrower is not to miss. If the child got exactly on the sheet, it means that he is definitely very lucky!

In our culture, adultery is considered a real betrayal, and adultery on the wedding night is a special meanness. But in some countries this is not just a positive thing, but a very desirable one!

Ants in pants and more

Initiation rituals are often surprisingly cruel. The tradition of the Satere-Mave tribe living in Brazil was no exception. It is believed here that a boy turns into a man after sitting patiently with gloves on for 11 hours. These are not ordinary gloves, but filled with bullet ants. These predatory insects bite about as painfully as wasps. The less you move your fingers, the lower the risk of being bitten. But it is impossible to endure the whole day without movement, so you will have to endure the pain one way or another. 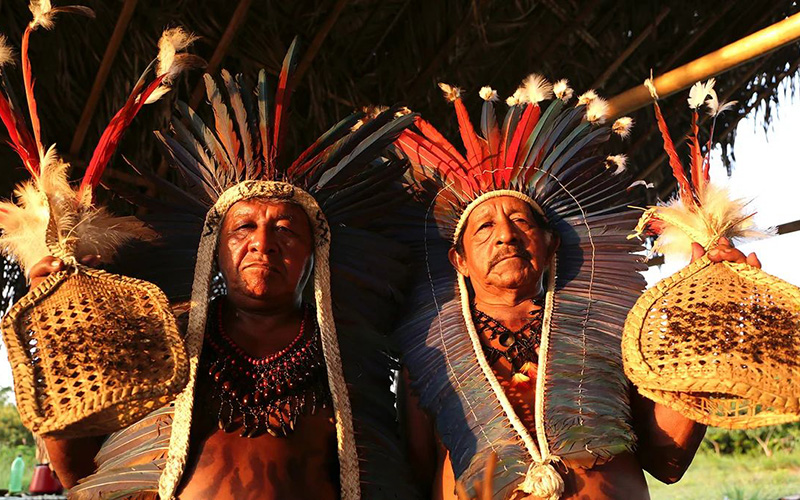 Paradise for a glutton

European wedding planning couples often complain about how difficult it is to find a good wedding dress. Mauritanian brides are less worried about the outfit, paying special attention to their bodies. Here, the standard of beauty is not just a plump person, but one that we would be treated for obesity.

To prepare the bride for marriage, she is fed a special diet, which has about 16,000 calories a day. To understand how much this is, you need to know that the norm for a heavyweight athlete is 7-8 thousand calories. In this mode, the girl has to eat until she reaches the desired shape. Usually, “diet” preparation lasts a couple of months, but if a girl stubbornly does not gain weight, it takes longer to prepare for the main event of her life, sometimes several years.

Soup from the deceased

Such a meat delicacy can only be found in Tibet. It is problematic to bury the dead here, since it is extremely difficult to dig soil in permafrost conditions. Therefore, it is common practice to carry the deceased to a rock, crush the bones and make incisions in several places. After that, soft tissues can be gnawed by animals and scavenger birds.

But with a man who was rich in life, they act differently. First, the corpse is thoroughly washed in a cauldron, and then a treat is prepared on this water. It is believed that whoever eats it will become richer. For this reason, the dish is in demand. Travelers consider this tradition one of the strangest in the world and rarely agree to take part in it, even if they are offered it wholeheartedly. 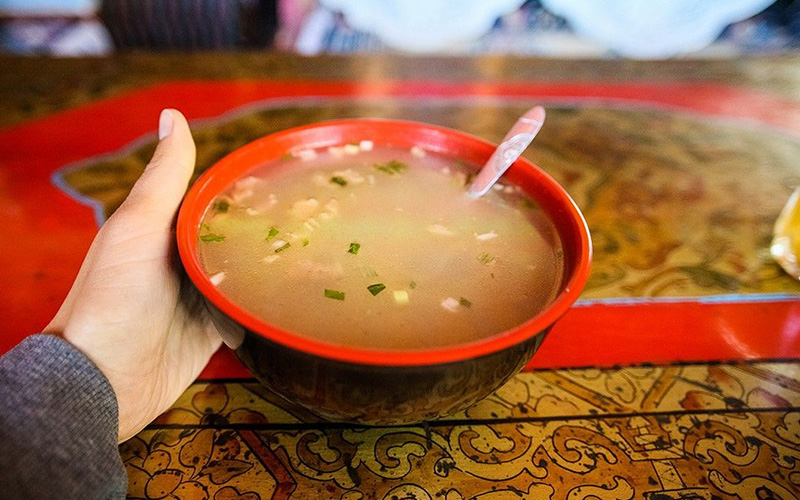 There is a ritual in Phuket that attracts thousands of tourists every year: cleansing the soul by piercing the face. This happens once a year with a large number of people who want to mutilate themselves. To keep the tradition, you can use any sharp objects. Pain relief is not used, but incense is smoked nearby, which has a slight narcotic effect.

The ritual takes place under special chants and is accompanied by drumming. All this helps to fall into a state of trance. The more holes you can pierce, the more effective the exorcism of demons. Of course, every year the number of scars on the faces of the local population is growing, but here it is not considered ugly. On the contrary, the scars from the punctures of the cheeks and lips are something like a seal of quality.

Problems with the musculoskeletal system interfere with an active lifestyle, so people all over the civilized world try to prevent them. And in China, the approach is completely different, and all thanks to a strange tradition, according to which the female foot should be 2-3 times smaller than natural size. The standard foot for the Chinese looks unattractive, so it’s difficult for a girl with a regular shoe size to marry.

So that the foot does not grow, from the age of 4 it is very tightly bandaged, and the girl herself is forced to walk in shoes that have not been her size for a long time. Inside the shoes, the bones and joints are terribly deformed, which is accompanied by constant pain. But beauty requires sacrifice. 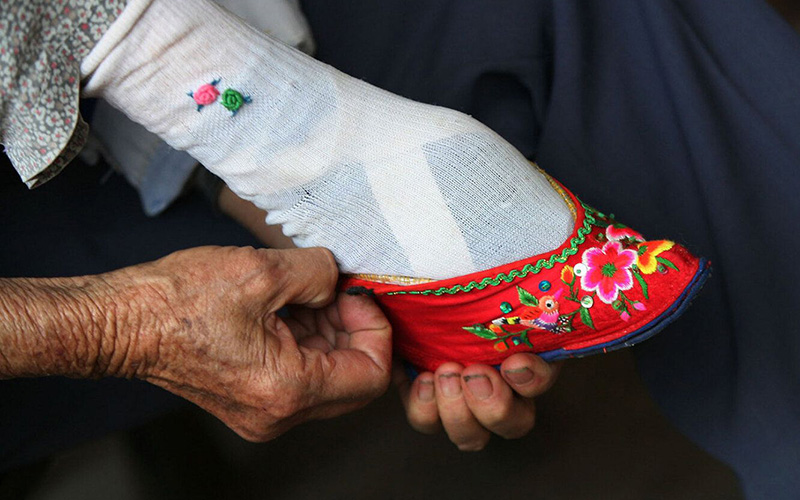 Suffering eases a little after the natural growth of bones in the body ends, that is, at 16-18 years of age. The average foot size of an adult Chinese woman is 9-10 cm, and it is difficult to remain stable at the same time. Because of this feature, a special gait with small steps is formed.

Fortunately, in most cities this terrible tradition has been almost abandoned over the past decades, but in the outlying provinces the custom still persists.

Turn a man into a woman

Not necessarily strange traditions are associated with pain, fear or rejection. Here in Kenya there is a custom, on the contrary, that allows you to accept that a woman in a family is very valuable. To do this, the husband, immediately after the wedding, changes into his wife’s clothes and does everything that she will have to do later. This is necessary to understand how much women’s work means in family life. A month later, the man returns to normal life. Our tourists joke that you can get married every month in order to live carelessly all your life. But marriages in Kenya are usually very strong.

What you can’t hide in the bath

And this tradition seems strange to Russians, but in Finland they are so used to it that they do not intend to refuse. All important negotiations here are usually held in the sauna. The opponent can be seen in the palm of your hand, conventions and unkind thoughts disappear under the influence of moisture and high temperature. The Finns do not feel awkward at the same time, since they go to the sauna everywhere with relatives, friends, work colleagues, and there is no sexual connotation in this. 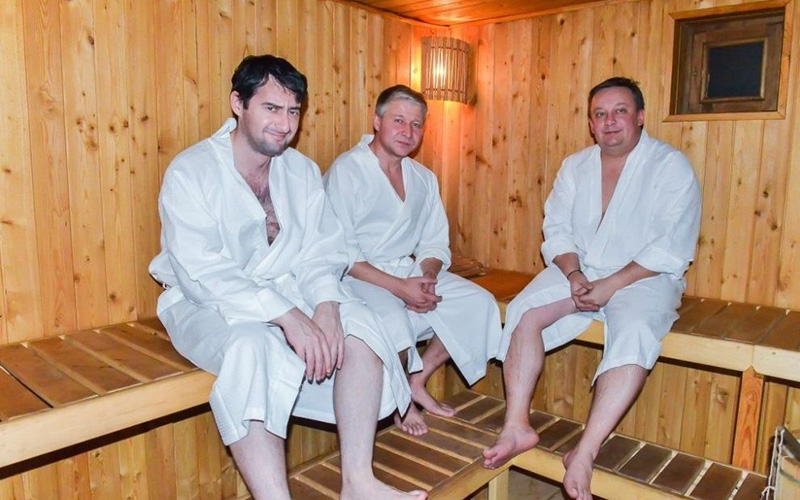 We drink without clinking

When raising glasses or glasses somewhere in Hungary, you don’t have to wait to be clinked with you. Such a tradition has sunk into oblivion here after 1848, when the Hungarian revolutionaries collapsed at the hands of the Austrians. Warriors from Austria celebrated the victory so violently, clinked glasses so loudly that the local population introduced a taboo on this custom. In order not to awaken rage in the Hungarians, you should not be like the Austrians. You can drink as much as you like, and at the same time say toasts, but nothing more.

Husbands must be patient!

In the community of Tidong (Indonesia), newlyweds are immediately faced with the fact that family life is not a paradise, and everyone has to endure. This is not connected with compromises and mutual concessions, you have to endure in the literal sense: the first 3 days after the wedding it is forbidden to go to the toilet. Eat and drink in this mode, of course, you need as little as possible.

If this strange test is passed, then family life will become successful and happy. Relatives make sure that young spouses pass the test.

Remember the song that the heroine sang in the film “DʹArtagnan and the Three Musketeers”: “Saint Catherine, send me a nobleman”? It was not in vain that the girl turned to this saint: in France she is considered the patroness of the unmarried.

The French have long celebrated St. Catherine’s Day on October 25. Each free lady over 25 traditionally put on a yellow or green hat on this day, as a symbol of hope, and carried a bouquet to the statue of the intercessor. 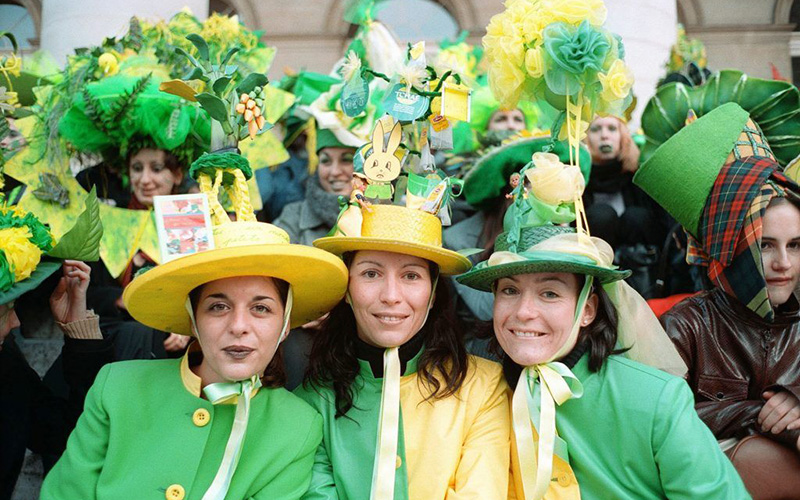 This tradition continues today. On October 25, madams of the whole country compete in the originality of hats. Some of them resemble head flower beds, sea frigates or rockets. And in the evening they arrange theme parties in nightclubs, cafes and restaurants.

In our country, artificial flowers are carried mainly to the cemetery. If a young man on a date gave his chosen one such a strange bouquet, she would hardly be delighted. In China, the opposite is true: fresh flowers are considered a symbol of death, because they will soon die. And artificial bouquets are eternal, and such a gift will delight for a long time! The East is a delicate matter, as they say.

There is not much food

Our traditions are also not always clear to foreigners. They are surprised to say that any woman who is not yet an ancient grandmother communicates with “girls” of the same age as her. For us, “meet and sit with the girls” is a familiar wording, but for tourists who know Russian, it discourages.

Another reason for surprise is the reverent attitude towards disposable plastic bags. They are not thrown into the trash immediately after use, as they do all over the world, but are folded “for later”. The notorious package with packages can be called a nationwide phenomenon. 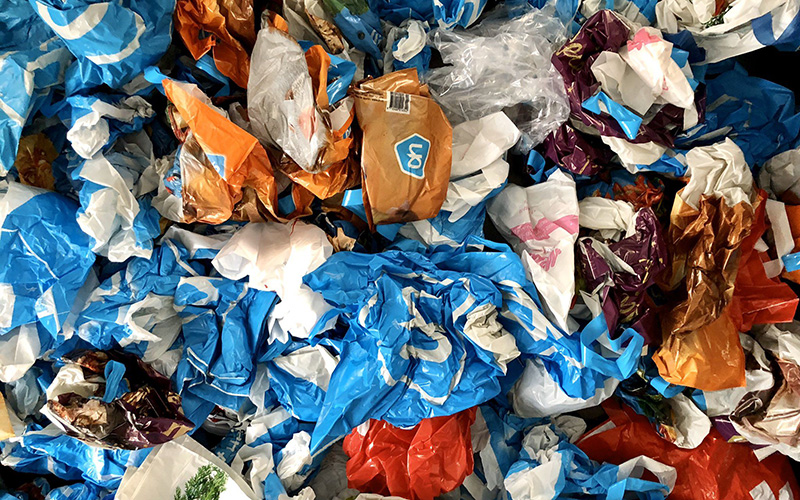 But the strangest tradition in Russia is unanimously called that it is customary to cook much more food for the holidays than common sense suggests. Overeating and then suffering from heaviness in the stomach is a mandatory program of any holiday for Russians, which causes total bewilderment among foreigners.