For many centuries, hats have been considered an integral part of the wardrobe for women and men. Straw, felt, with wide brims or incredible decorations – all of them not only perform the function of protection from bad weather, wind and sun, but are also an essential attribute that complements the image as a whole. True, sometimes there are such strange specimens that it is not immediately clear, but is it really a hat?

The first headdresses have been known since the times of Ancient Egypt and ancient Greece – in Egypt, the pharaohs wore a klaft scarf under their crowns, and in Greece, small felt petasos were popular. 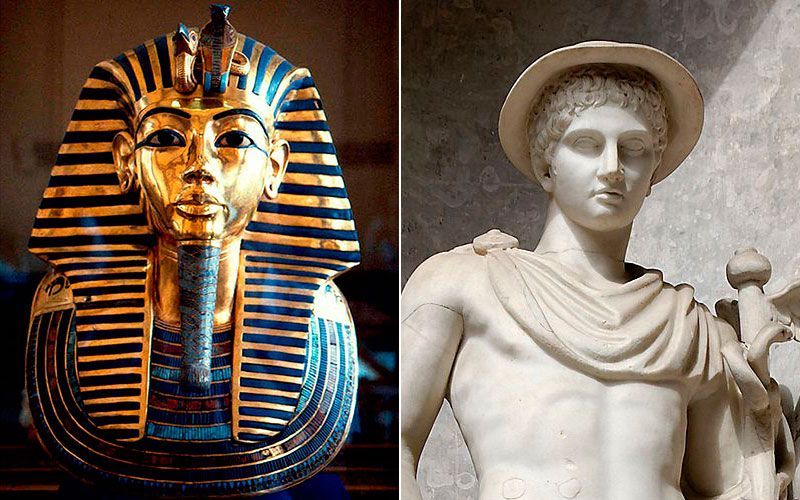 The hat has a stable shape, its constituent parts are the crown, brim and fragments of decorative ornaments (ribbons, metal parts, artificial flowers, etc.).

The most common accessory for women during the Middle Ages was the gennin – a tall cone covered with fabric, the height of which could reach 1 m. It was especially popular with princesses, nobles and ladies at court.

Later came the fashion for straw and wide-brimmed felt, which, according to researchers, protected the heads and shoulders of citizens of European cities from garbage and slops. They just poured out of the windows of the house. Unfortunately, in those years the population of many countries lived in terrible unsanitary conditions, and some cities turned into a real trash heap.

Fashion of the 16th-18th centuries is represented by Persian turbans, caps, berets and cylindrical crowns, which later became the model for making men’s cylinders.

In the 1800s, fashionistas on the streets began to wear top hats and its folding version, the Gibus. Popular among women were tokas with various decorations, agraphs decorated with precious stones, and straw shute (Shute). 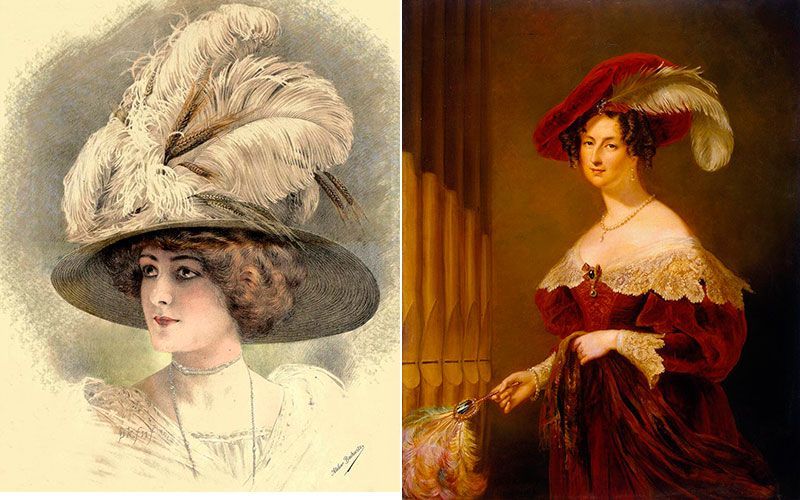 The 1900s were a real explosion in headwear fashion. Many eminent designers of that time, such as Paul Poiret, Gabrielle Chanel, offered their clients unusual hats with various decor, even decorated with stuffed birds. Men’s fashion of that time was much more restrained, but on the streets of Paris one could meet young people in unusual hats decorated, for example, with animal fur.

Greta Garbo, Coco Chanel, Jacqueline Kennedy – these beautiful women have become real style icons of their time. Each time they managed to surprise the audience with beautiful looks, complemented by interesting accessories of famous fashion designers and designers.

It turns out that Winston Churchill had an interesting hobby – he became one of the largest collectors of hats. Among the exhibits he had were many interesting specimens, there were also truly exclusive unusual models.

Attending many events and social events requires participants to have a headdress, so sometimes you can meet guests here with the most unusual hats.

The dress code of visitors to horse races includes a hat, and since horse races are very popular in many countries, designers give free rein to their imagination to the fullest. Among the women present at the hippodrome, you can often find the owners of the most daring and extravagant hats. Men also do not want to look outstanding at events of this kind, so the most daring fashionistas and socialites attract the attention of photographers and journalists with interesting models.

The guests of the Royal Ascot Royal Races, which have been held annually in June for more than 300 years, are considered especially bright and unusual. 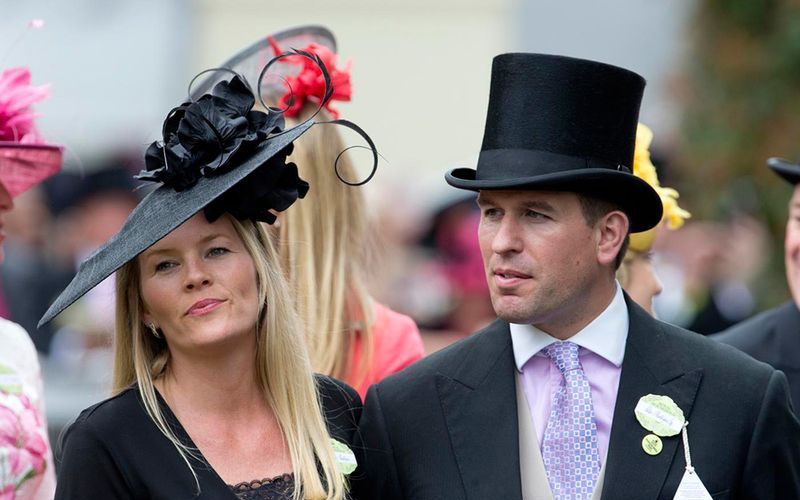 The British respect their traditions very much, therefore they always fulfill the requirement, the fulfillment of which gives them the right to be in the royal box of the hippodrome:

The above parameters apply only to visitors to the Royal Lodge who are invited by the Queen herself or who came with a pre-purchased ticket. Ordinary guests of the races are free to come in ordinary clothes.

Sports competitions are held for 5 days, on each of these days women are required to come to the race with a new accessory on their heads. The imagination of designers simply knows no bounds – headdresses in the form of a horse, a tower, jugs, vegetables and much more. All this can be seen on the heads of the visitors. On Thursday, called Ladies Day, there is a competition for the most extravagant womens hat. Its winner receives praise and congratulations from the queen herself. 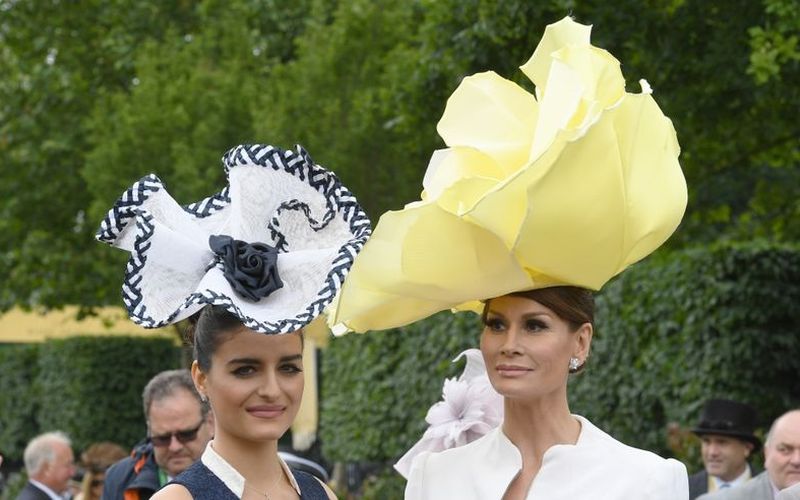 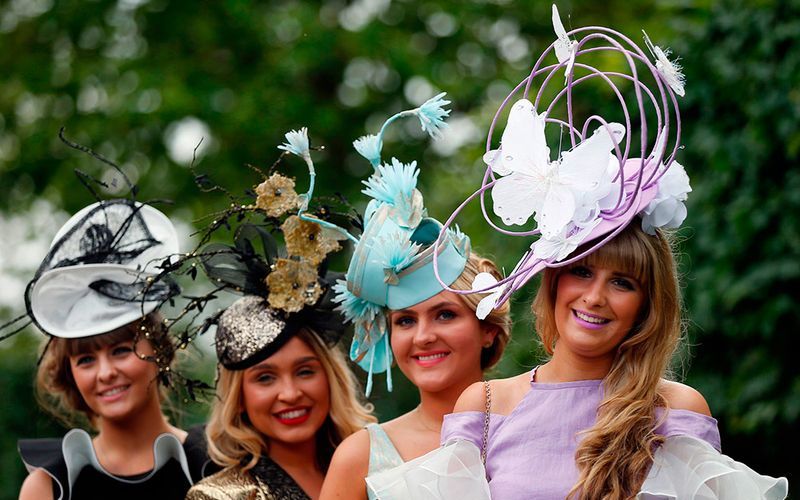 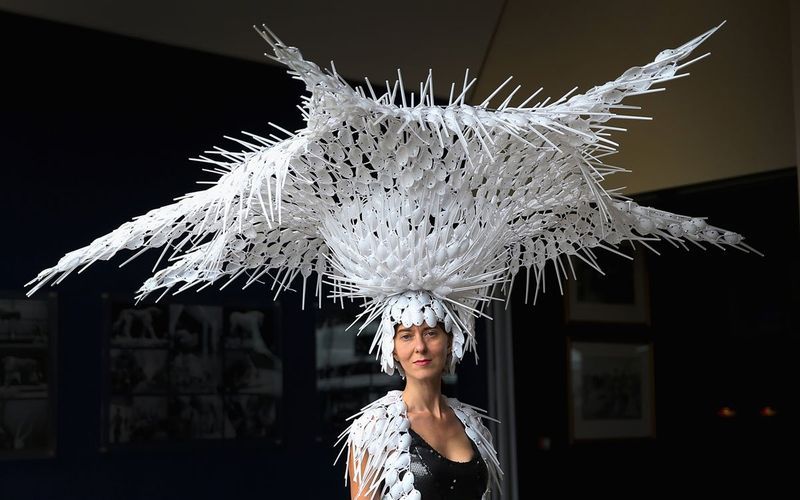 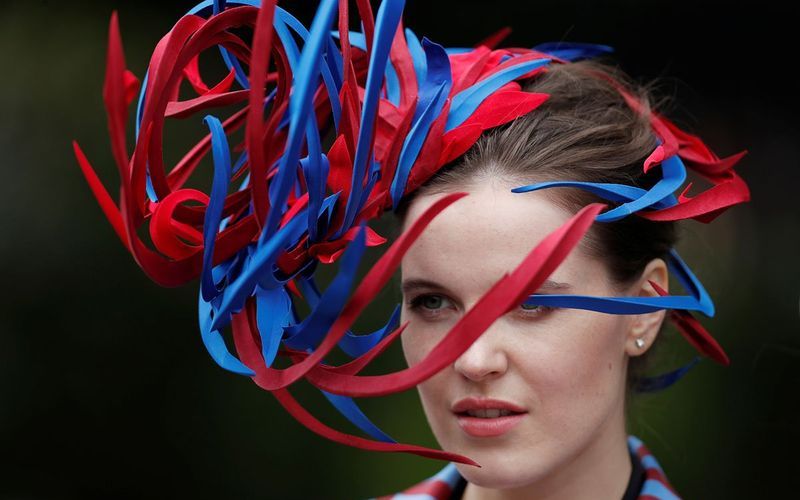 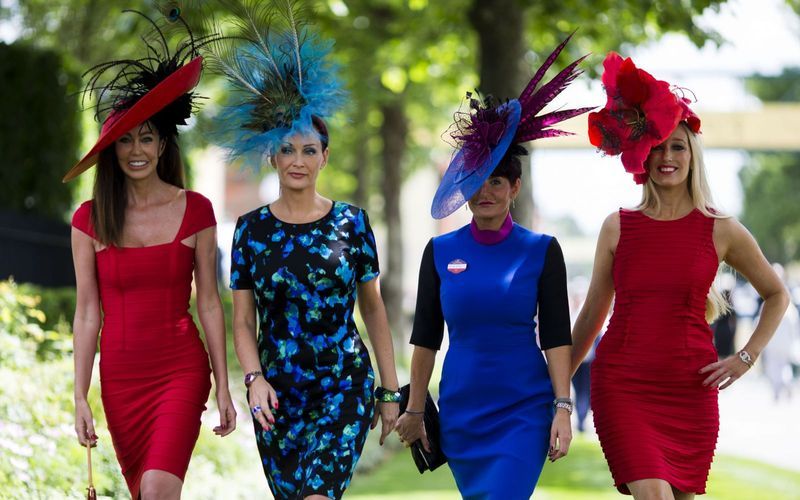 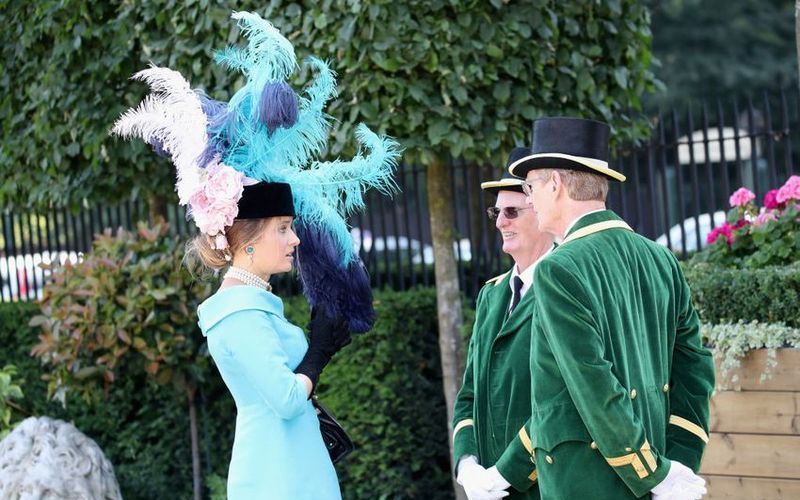 Some fashion experts have cited the average cost of a Royal Ascot hat at £ 3,000. The event itself has long earned the status of an international exhibition of original models.

In European countries where royal families still live, no wedding takes place without a public ceremony of the marriage of the heirs to the throne and a magnificent celebration. Often a mandatory requirement, which is indicated by the organizers of the celebration, is a request for female guests to wear elegant hats.

Since royalty do not skimp on chic outfits and jewelry, eminent designers and fashion designers offer a huge mass of their products with the most incredible shapes, prints and decor. 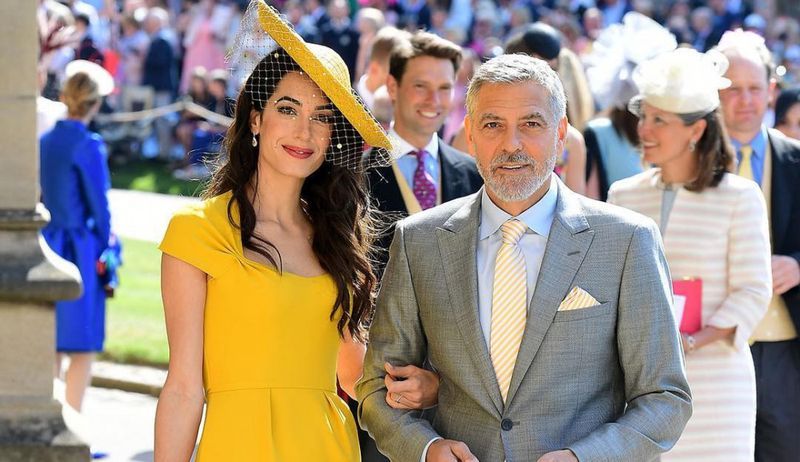 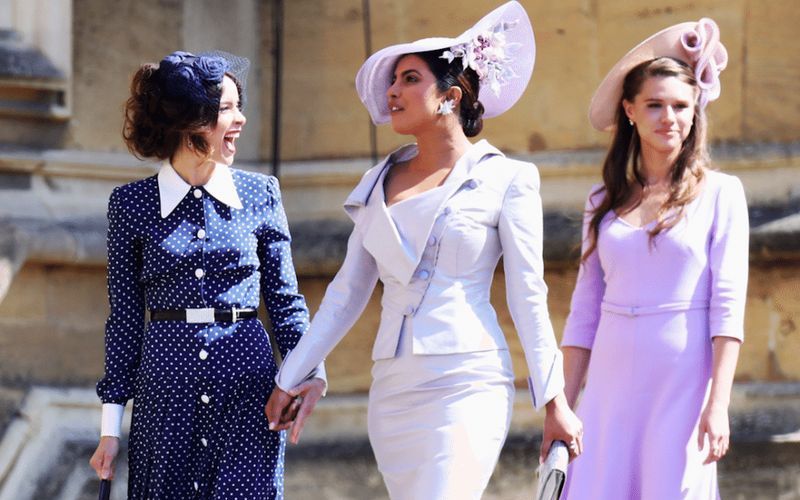 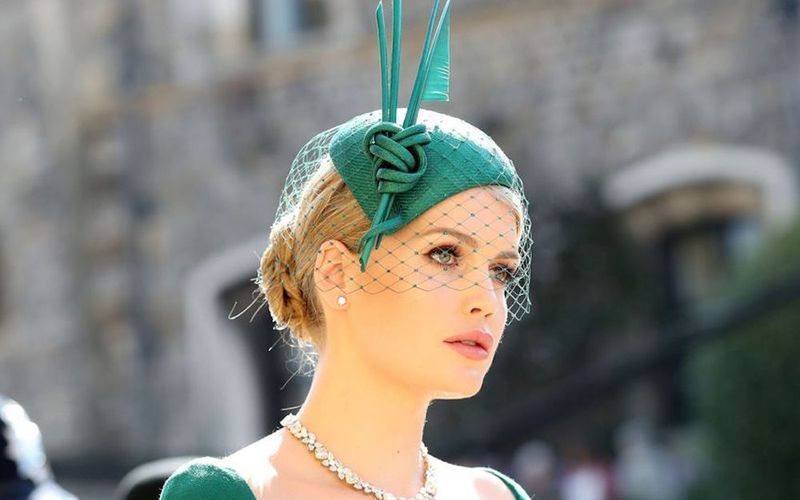 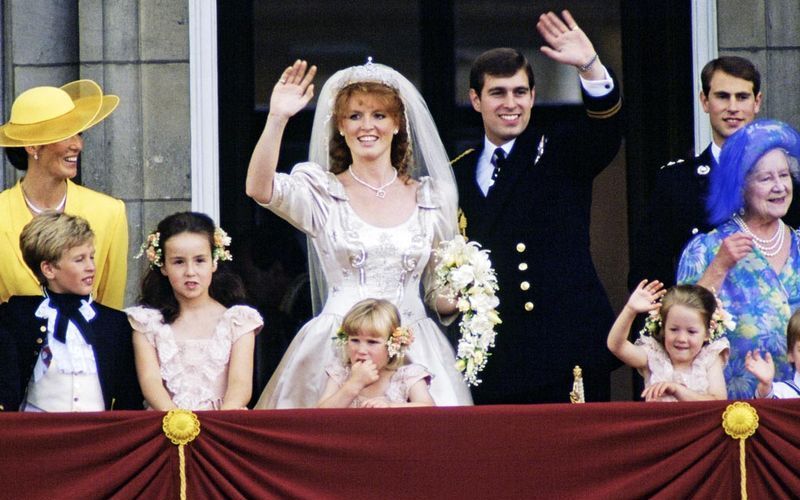 Among all women belonging to families with royal roots, Princess Beatrice of York, Duchess of Cambridge Catherine and Prince Charles’ wife Camilla Parker-Bowles stand out. Their hats almost never go unnoticed by journalists and photographers of famous publications, since each of them can be considered almost like a work of art.

One of Princess Beatrice’s hats that she wore for the wedding of Prince William and Kate Middleton was purchased by an unknown bidder on eBay for an amount of £ 81,000 ($ 133,873). Later, the entire amount was distributed for charitable purposes to children’s funds.

The current reigning Queen of Great Britain is known for her elegant headdresses. Elizabeth II always wears a hat, even if it’s just a walk in the fresh air in the park. There is even a museum in England where everyone can view any of Her Majesty’s hats. Under the exhibits are the dates and names of events with photographs in which Elizabeth II was present.

This is probably one of the greatest areas of modern life, where wardrobes and accessories can simply shock the viewer. Show business stars, film and theater actors, TV presenters and models every now and then appear at various parties and presentations just in incredible outfits. Hats, as part of the image, always clearly complement the overall picture; they are often a key element in the outfit of a famous guest. 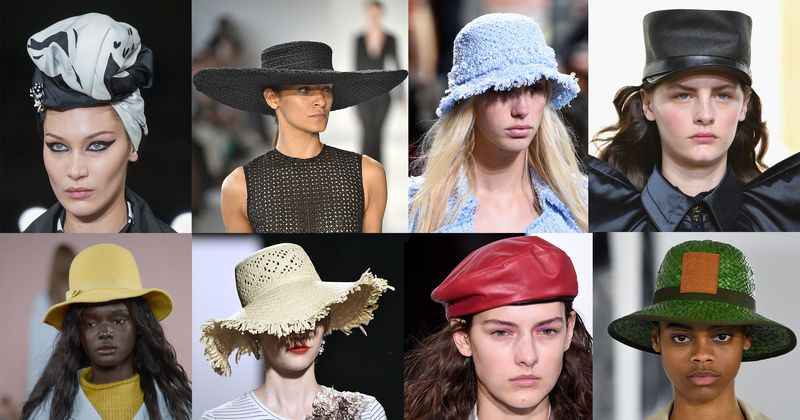 Fans and supporters who gather in stadiums to support their favorite soccer team or national team athletes often wear very funny and funny headdresses. There are many such photos on the network, usually these are panama hats in the form of animals, which are considered team mascots, or in the form of sports equipment. 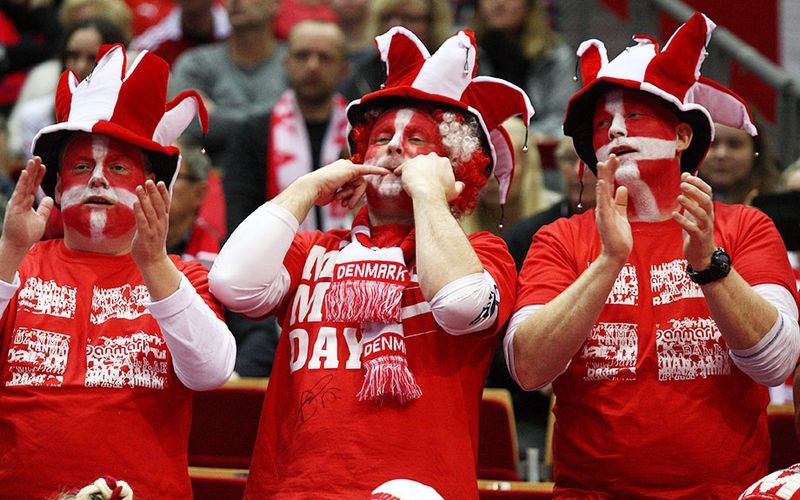 Designers and their work

The most recognized master of women’s accessories of the last century is Coco Chanel. The creation of her hands belongs to many interesting models, which were worn by representatives of the intelligentsia, famous actresses, and the most ordinary townspeople in everyday life.

Today the list of the most famous and talented masters who create models for different tastes, according to many experts, is headed by the fashion designer Philip Tracy from Ireland. In his workshops were made hats for filming Harry Potter films and actress Sarah Jessica Parker, who played the main character of the TV series “Sex and the City”. 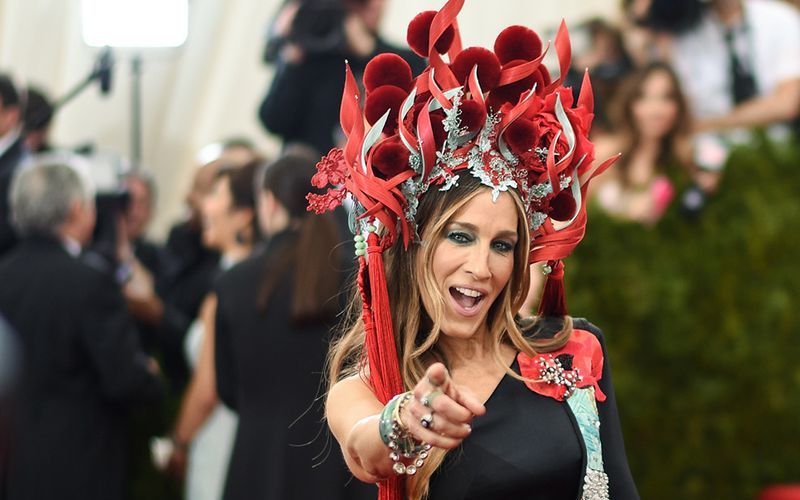 The wedding of Prince William and Kate Middleton, which took place on 04/29/2011, was marked by the fact that 36 guests were wearing designer hats of this designer. And the famous extravagant hat of Princess Beatrice belongs to the authorship of Philip Tracy. Perhaps the most extraordinary client of this master is Lady Gaga, whose shows, performances and concerts are always distinguished by eccentric outfits. 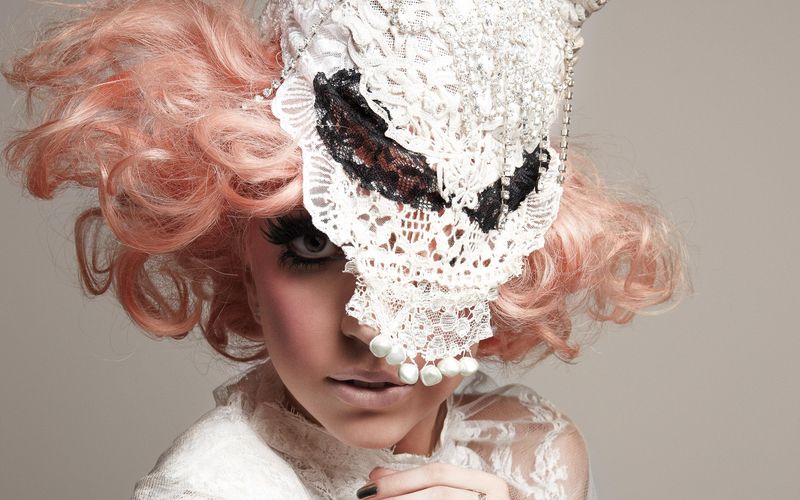 Dominico Dolce, Stefano Gabbana and other masters of famous fashion houses have been fruitfully working on men’s lines.

This professional from France has created a truly mesmerizing and extravagant “Hat of Love” in the form of a bell and twisting branches. This unusual piece is made of platinum with inlaid diamonds and amethysts.According to experts, it tops the list of the most expensive in the world. Its price is $ 2.7 million, but the authors do not plan to sell, although they constantly receive tempting offers from wealthy collectors and connoisseurs.

In Australia, a team of jewelers led by designer Anne Marie created the incredible Deep Blue Sea hat, which has become a real treasure, as many precious stones, metals and rare materials were used to create it: 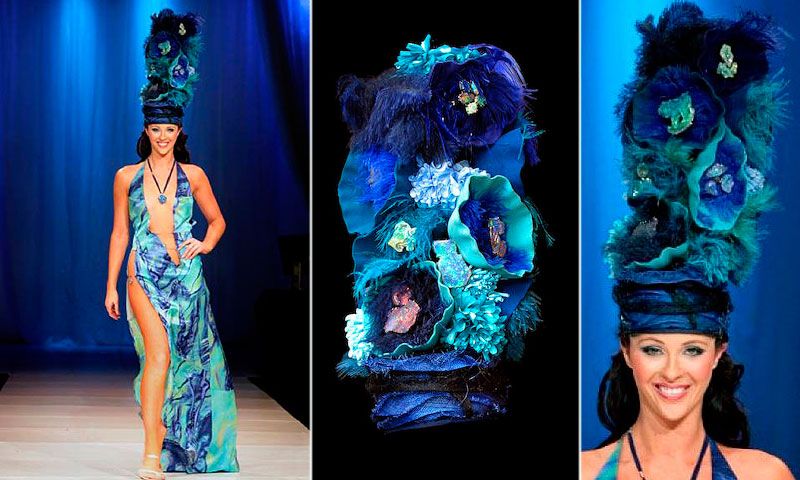