In mid-July, a landmark event took place in Russia. The President of the country signed a law on the creation of a new Russian movement of children and youth.

It is symbolic that the bill was submitted to the State Duma on May 19, on the day of the centenary of the pioneers, and the media called the new movement an evolutionary continuation of the popular Soviet organization.

Nevertheless, before the revolution, Russia had its own youth patriotic movements, the experience of which can be useful today.

CHILDREN IS OUR FUTURE

The correct upbringing of adolescents, the popularization of patriotism and moral values ​​among them is perhaps the main guarantee of the stability of the state and the formation of a healthy society. In the catastrophic 1990s, Russia was able to survive largely due to the fact that its population in its teenage and youthful years was a member of the pioneers and the Komsomol. The received socially oriented upbringing helped to save the country in the literal sense of the word.

Unfortunately, over the past few decades, youth work has been in a deplorable state. The adopted law, according to which a new Russian movement of children and youth is being created in the country, is intended to rectify the situation. The main goal of this organization will be the implementation of state policy in the interests of young residents of the country, as well as participation in their education, self-realization and leisure activities.

The significance of this event cannot be underestimated, since the history of our country has clearly shown that such structures have the most serious influence on the formation of the personality of a small person. Moreover, the first teenage organizations of a patriotic orientation appeared in our country not during the years of Soviet power, as most readers probably believe, but even during the time of the Russian Empire.

The first truly mass children’s organization in our country was the Russian branch of the English Young People’s Christian Union, founded in 1844 in Great Britain.

Initially, it was a classical religious society, whose members gathered together for collective prayer. However, later the members of the organization took up the social education of young people. A branch of the “Christian Union of Young People” came to the Russian Empire at the beginning of the 20th century with a surprisingly long name “Committee to assist young people in achieving moral, mental and physical development.” It must be said that these declared goals were conscientiously realized. Moreover, despite the fact that the Russian branch of the union was legally independent, it regularly received funding from Europe and the United States.

The organization included many priests of all religious movements of Christianity in the Russian Empire and students. Only in St. Petersburg in the first years of the 20th century there were 1615 members from 17 to 25 years old. Later, this structure received the laconic name “Lighthouse”. Its tasks included the religious and moral education of young people. During the First World War, the organization opened first aid courses, and also helped with the delivery of letters from the front. During the Civil War, Mayak was divided: some branches of the organization helped the Bolsheviks, while others helped the troops of the White Guards and the Entente. Mayak existed until 1923.

Residents of our country know from school that during the struggle of Peter I against Tsarina Sophia and her archers, the so-called amusing regiments, assembled from children’s friends of the young tsar, played a special role. Several centuries later, in 1908, Nicholas II decided to repeat the experience of his ancestor by organizing a new children’s patriotic organization with the loud name “Amusing Troops”. 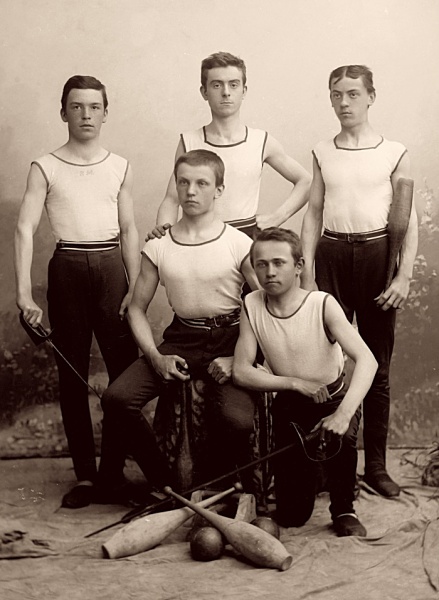 However, there was very little amusing in the new structure. These were teenage paramilitary units, whose members were engaged in the study of national history, as well as military training and received skills in handling weapons. The movement was massive. At the highest wish, it covered public schools throughout the country, where classes were introduced in military training and gymnastics. Children from 10 to 16 years old, regardless of class, fell into the “amusing troops”. Everyone was accepted – from nobles and merchants to philistines and peasants. Retired military men led the departments of the organization.

By and large, the classes of the “Amusing Troops” were an analogue of what later in Soviet schools would be called initial military training. Despite the great popularity among the population of the country, the “Amusing Troops” of Nicholas II were actively criticized by liberal-minded intellectuals and journalists. The authorities saw in this criticism only a desire to undermine the foundations of the state and interfere with the moral education of young people, so they tried not to succumb to provocations. The organization, which included tens of thousands of teenagers across the country, ceased to exist after the 1917 revolution.

I must say that in the early years of the twentieth century in the Russian Empire there was a great social demand for the patriotic education of children and adolescents. This was expressed in the emergence of various youth organizations of a military moral orientation. In addition to the Mayak and Amusing Troops, which have already been discussed, the Union of Russian Falconry enjoyed incredible popularity in the country. 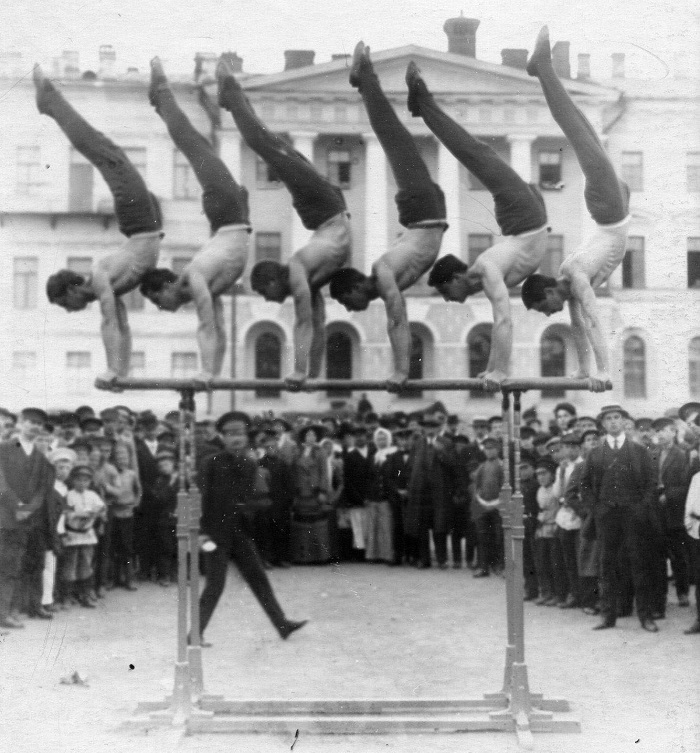 Performance of gymnasts during a military review on the Champ de Mars, 1909

The so-called Sokol movement was originally founded in the Czech Republic in 1862 by Miroslav Tyrsh as a secret patriotic Slavic organization whose main goal was to prevent the Germans from suppressing Slavic culture among the Czechs. Over time, its branches appeared in Croatia, Serbia and Turkey – they became a real symbol of the preservation of the Slavic identity. Falconry came to our country in 1883 together with Czech immigrants. The authorities of the Russian Empire did not object. The Czechs introduced the inhabitants of Russia to their moral and physical system of education and support of Slavic self-consciousness, which was extremely beneficial for Slavophile sentiments in society.

Based on the experience of Sokol organizations in Moscow, the Russian Gymnastic Society was created, whose active members were L.N. Tolstoy and A.P. Chekhov. Soon similar communities appeared in many large cities of the empire. And then Prime Minister P.A. paid the closest attention to this movement. Stolypin, who was looking for a social structure that could be relied upon in the fight against the revolutionaries and the promotion of his state reforms. Soon, a high-ranking official, together with his son, personally joins the Sokol movement. With his blessing, all the country’s gymnastic societies were renamed “Sokolsky Societies”, and in 1908 they united into the “Union of Russian Falconry”, where young men and women all over Russia join en masse. Newspapers and magazines “Sokol” and “Bulletin of Russian falconry” are published. During the First World War, many members of the organization volunteered for the front. After the revolution, the Union of Russian Falconry was closed in our country, but its branches were preserved in exile, some of them still exist.

As you can see, in our country, in fact, there is a rich positive experience of patriotic youth movements. And I really want to hope that the new organization will not turn into a bureaucratic structure, but, having studied the achievements and mistakes of Mayak, Amusing Troops and the Union of Russian Falconry, will be able to organize, inspire, lead the best part of our youth. And its pupils will become a reliable support for Russia. It is through their efforts that our country will grow and prosper!