A car entering a subway station is not only a rare, but, perhaps, an unprecedented sight. 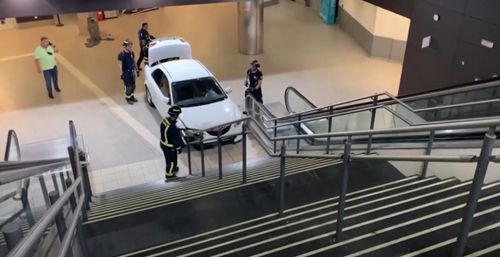 However, just such an unusual incident happened at the Plaza Eliptica metro station (Madrid, Spain). The police are investigating what happened, but it is already known that the vehicle was not driven by the owner, but by a hijacker who borrowed someone else’s car. 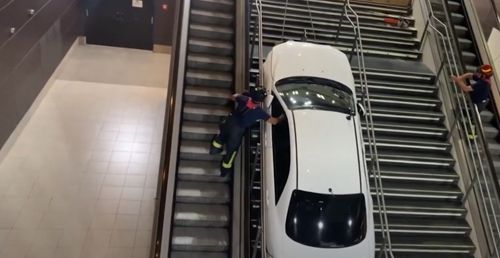 The man was taken to the hospital for examination, but he was not injured, so now he will have problems not with health, but with the law. As for the car, it was removed by firefighters.

Inadequate motorist scared everyone with a strange driving style