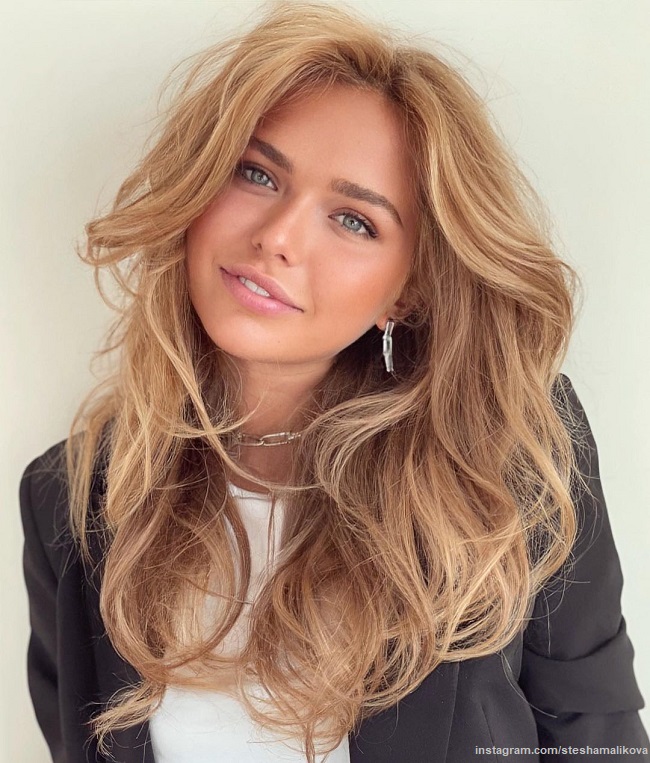 MGIMO student and daughter of a famous musician, Stefania Malikova, began celebrating her birthday in the morning with her friends in a fashionable institution in the center of the capital, receiving bouquets of flowers as a gift.

Dmitry Malikov has been married to Elena Izakson for a long time. The couple raised their daughter Stephanie. Now they are engaged in raising their son Mark, who was carried by a surrogate mother. It is noteworthy that the heiress of the singer loves to babysit her brother. At the same time, she is a fourth year student at MGIMO. Last year, during self-isolation, the girl realized her dream. She founded a clothing brand and is now in her own business.

Back in January, a series of holidays began in the star family. On January 24, Mark, who turned three, celebrated his birthday. Then Malikov himself celebrated his 51st birthday. Now Stesha, who is 21 years old, decided to recharge herself with a good mood in the morning. Traditionally, her friends first congratulated her. They took the girl to a fashionable restaurant in Moscow, and also gave her flowers.

For such an occasion, the birthday girl chose a cozy oversized milk sweater and flared jeans. She blew out the candle on the cake. A glass of champagne was also captured in the frame. And then Stesha began to drink tea.

“Today I do not scream about happiness, but I still feel it: I have found myself, I am sick with my work: I do what gives me joy and makes my heart smile. I am still surrounded by the best people with whom I feel stronger, with those whose support helps me to realize myself even better.

I freed myself from everything that pulled me down, now I feel at ease and continue to move in my own rhythm. I link my life only with those with whom I feel full and fulfilled😊. I still have a great love for people who are with me today and always❤️, ”she wrote.

Later, Malikov’s daughter thanked everyone for the congratulations. Most likely, in the evening she will throw a party to remember the holiday. “You are so bright. Happy Birthday Beauty! Continue in the same spirit, in the same rhythm, you are doing great “, Even more happiness and even more smiles on your face”, “Happy Birthday smile !!! Stay the same sunny, cheerful and bright! ☀️☀️☀️☀️☀️ “, – the subscribers commented on the post.