Stas Bondarenko showed all the children in one photo 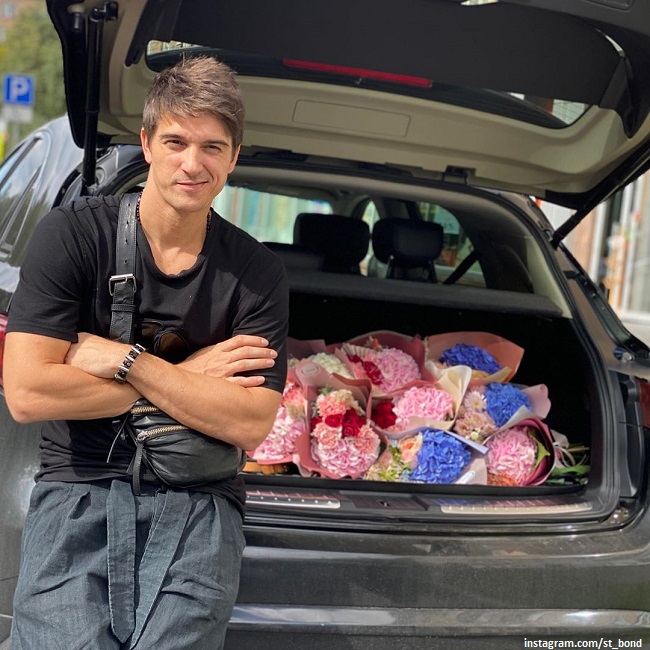 35-year-old actor Stas Bondarenko shared a photo with all his children: son Mark and daughters Alexia and Mikaela.

Stas Bondarenko first married when he was only 23 years old. The actor's chosen one was his colleague Yulia Chiplieva. In 2008, the couple became parents - the beloved gave birth to a celebrity son, Mark. They raised a boy for 7 years together, but in 2015 they announced their breakup. "Friends, I want to dot the i's and close the question regarding my personal life - since the beginning of 2015 we are no longer together with Yulia Chiplieva", - wrote the artist in his blog.

He explained that the decision to break up was mutual, but at first they were not ready to advertise it. At the end of his post, Stas thanked Julia for his son Mark, and also promised to maintain good friendly relations with his ex-wife. Apparently, the actors really managed to stay close. Periodically, Bondarenko, raising two daughters from his second wife Aurika Alekhina, publishes pictures with his son on Instagram.

The other day, Stas, for the first time in a long time, posted a photo in which he poses with all his children.

"My little ones! ", signed the photo of Bondarenko with tenderness.

The fans were delighted to see how Mark grew up. According to fans, the boy is becoming more and more like his father. "The son is your copy "," Very good boy, charming smile "," One face! "," Wow, what an adult. I haven't posted such photos for a long time, more often", - Internet users write in the comments.

By the way, in one of his interviews, Bondarenko said that he regrets that he cannot devote enough time to his son. Stas believes that Mark really needs his father's upbringing, so he tries to be with the heir more often.