Spending on saving the planet was called to triple 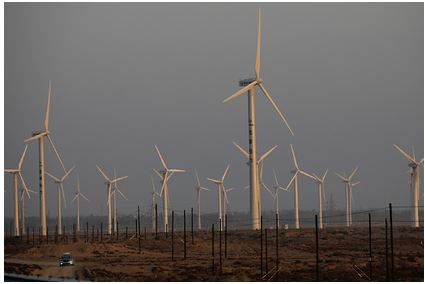 The International Energy Agency (IEA) said investment in renewable energy and spending to save the planet should triple by 2030 if humankind is to effectively tackle climate change and keep energy markets under control, Reuters reports.

The IEA has released its annual global energy outlook against the backdrop of the upcoming United Nations (UN) Climate Change Conference (COP26). The basis for the negotiations will be the assessment of the UN intergovernmental group, according to which the temperature rise will exceed 1.5 degrees Celsius compared to the pre-industrial level. In its report, the agency notes that the world is not investing enough to meet its future energy needs, while the costs of the transition are gradually increasing.

It is noted that an immediate reduction in carbon dioxide emissions and a switch to clean energy is the only way to avoid a climate catastrophe. “Clear signals and instructions are needed from politicians. If the road ahead is paved only with good intentions, then this road will be bumpy, ”the IEA said.

The IEA warned that renewable energy sources such as solar, wind, hydropower and bioenergy should receive much more investment following the pandemic. The agency noted that an accelerated transition to clean energy would better protect consumers from future energy shortages. At the same time, in 2020, coal, natural gas and oil accounted for almost 80 percent of the world’s energy supply, while renewable energy sources accounted for only 12 percent. If investments in clean energy remain at current levels, then by 2100 the temperature on the planet will rise by 2.6 degrees Celsius, the agency predicts.

The IEA also forecasts for the first time a peak in oil demand in the mid-2030s, followed by a decline of almost three quarters by 2050. At the same time, the cost of electricity has already risen to record levels, as oil and natural gas prices reached multi-year highs, and energy shortages swept Asia, Europe and the United States.