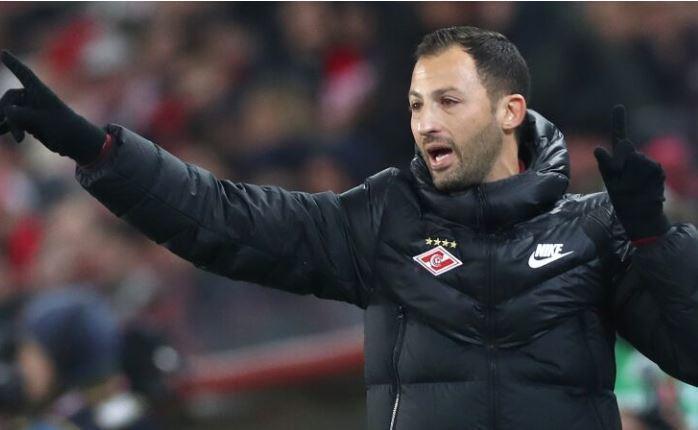 The head coach of the Moscow Spartak Domenico Tedesco was disqualified before the end of the Russian championship season. These sanctions followed the indecent behavior of a German specialist in a match with Lokomotiv.

The decision to disqualify Tedesco was taken by the Control and Disciplinary Committee of the Russian Football Union. According to the RFU Telegram channel, the head coach of the red-white team, together with the suspension for three matches of the Russian championship, received a fine of half a million rubles.

“The RFU Control and Disciplinary Committee decided to disqualify the head coach of FC“ Spartak ”(Moscow) Domenico Tedesco for three matches and be fined 500 thousand rubles for abusive behavior towards officials of the match,” the statement said.

The Moscow derby ended on July 8 with a draw - 1: 1, recalled “Evening Moscow”. Tedesco was first warned, and then he was removed from the field at the end of the first half after he insulted the referee Sergei Lapochkin, who awarded a penalty at the gate of Spartak.