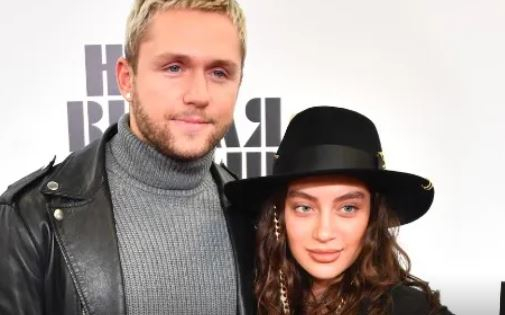 The news that Vlad Sokolovsky will soon become a father for the second time came as a real surprise even for those who closely follow the artist’s life, because his relationship with Angelina Surkova was not fully understood. The couple even parted for a while.

Now fans are inundating the 22-year-old model on Instagram with questions. However, the girl willingly responds to subscribers, shares her thoughts. For example, on the eve of one of them asked if Angelina considers intimacy and the birth of children out of wedlock immoral acts.

Surkova made it clear that she considers marriage a relic of the past. They say that marriage is not a guarantor of love, a worthy relationship of partners to each other, fidelity … In her opinion, putting a stamp in a passport, people deliberately drive themselves into a frame. However, even if in the future the couple decides to marry, they will do it contrary to the expectations of the public, judging by Angelina’s answer.

Recall that Vlad Sokolovsky has a daughter from singer Rita Dakota. The girl Mia lives with her mother. The singer often visits the heiress. The artists were married from 2015 to 2018. According to Rita, the ex-lover often cheated on her, so it was decided to leave.