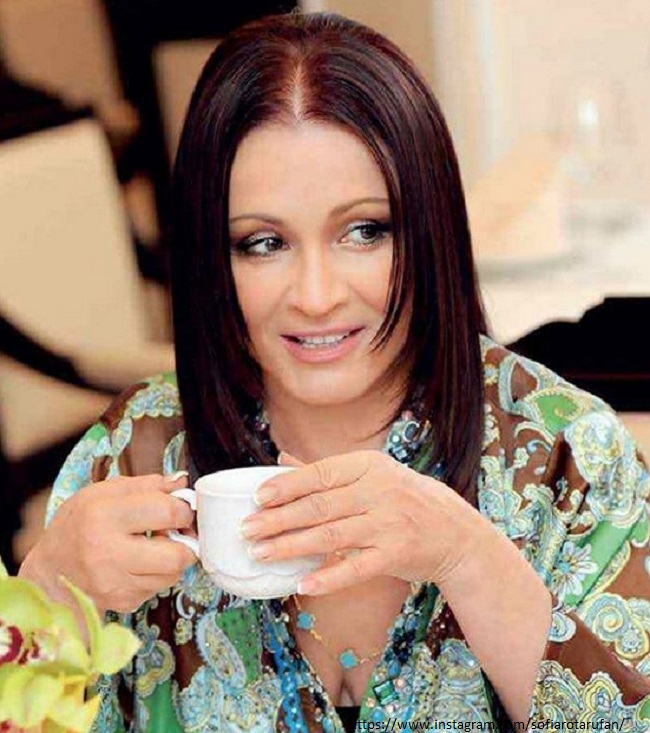 Singer Sofia Rotaru is against her granddaughter Sofia getting married.

Sophia’s granddaughter Rotaru is already 19 years old. Sofia is actively building a modeling career and often takes pictures for gloss. Recently, the girl is increasingly posting photos with her boyfriend. As it turned out, the young man had already met the singer and liked her. However, Rotaru is sure that it is too early for Sofia to think about the wedding.

“This is her fate, it is up to her to decide. She is still very young, too early for a wedding. She needs to finish her studies, get a good education, and she will succeed in the rest“, – said the singer.

Sophia herself does not cover her personal life. Until she told where and when she met her boyfriend. But, apparently, the relationship of the lovers is quite serious, because the girl decided to introduce the chosen one to her relatives.

In an interview for the Svitske Life program, Rotaru also admitted that the past 2020 was very difficult for her. The singer had to cancel almost all of her scheduled concerts. Only recently she began to appear on stage again. “It was scary to perform, but at some point I realized that I couldn’t live without work, I couldn’t live without my audience. And now that I started to go on stage again, I feel such relief“, – the artist shared.

This year marks the 50th anniversary of Rotaru’s creative activity. Of course, fans are waiting for an anniversary tour of the cities of the CIS, but Sofia Mikhailovna is in no hurry to draw up a tour schedule. According to the star, making any plans in the modern world is very frivolous.

“Anniversary concerts are sure to be. People are constantly asking about this. I hope the coronavirus stays in 2020 and we can all return to normal“- concluded the star.

Recall that recently 73-year-old Sofia Rotaru came to Russia to perform at the “Song of the Year” award. Recently, the artist rarely visits Moscow and the regions, but she still has loyal fans who dream of new concerts.