Six activists who fought against a landfill were detained on Shies 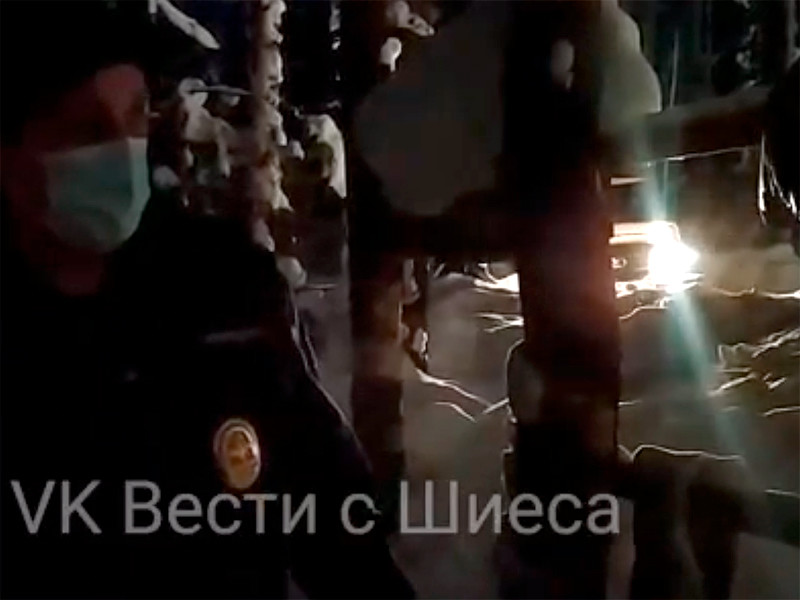 Police officers detained six activists who fought against a landfill on Shies in the Arkhangelsk region. As OVD-Info writes with reference to the information of local resident Anna Shekalova, the arrests took place in the camp of activists.

Communication with the detainees disappeared on the night of February 18. When Anna Shekalova came to see what happened, she was also detained and taken to Yarensk. The police told her that the post of the activists’ camp called “Bath” was burned down.

Anna Shekalova has already been detained at Shies. In 2019, she was assigned two administrative arrests in a row. According to one of the articles, she was charged with organizing a mass simultaneous stay of citizens near a dangerous facility, which caused obstacles in the work of construction equipment (part 3 of article 20.2.2 of the Administrative Code).

Since 2018, the authorities have hatched plans to build a landfill near Shies station for storing waste from Moscow and the Moscow region. To counter this, local residents pitched a tent camp and announced an indefinite protest to prevent the equipment from working. In 2019, a series of clashes took place between activists and security officials, and in 2020, the governor of the Arkhangelsk region, Igor Orlov, who lobbied for the construction of the landfill, was dismissed. The new governor, Alexander Tsybulsky, has already opposed the project: he terminated the agreement with the builders of the landfill, and the arbitration court declared the already erected buildings illegal.

Nevertheless, the activists kept the tent camp, after which police officers and representatives of the Yarensky forestry began to come to them, who declared that their stay in this area was illegal. One of the camps was dismantled on 4 February.