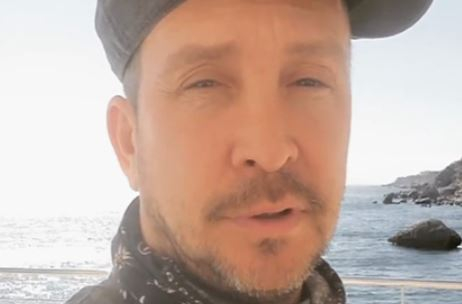 “The PR people admitted that it was PR and everything was invented. This is a divorce for some absolutely morons. If you dig deeper there, everything is strange. There are no photos and videos at all. And this is in our time, when now everyone is filming, ”said the performer.

He accused MakSim of alcoholism and suggested that she ended up in the hospital due to liver problems or plastic surgery. Danko was also surprised that on September 1, the artist was in heels when she took her child to school. At the same time, there were earlier reports that the singer had difficulty walking.

MakSim was hospitalized on June 16, three days later she was connected to a ventilator. Back on June 11, she reported on social networks that she felt bad. She underwent several tests for coronavirus, but they all tested negative. Due to her deteriorating health, the pop star was put into an artificial coma.

On August 3, a spokeswoman for MakSim announced that the singer was conscious and on the mend. Ten days later MakSim was discharged from the hospital.