Silent hunt with a fatal outcome

Due to global warming in the forests of the Moscow region, there are more and more poisonous mushrooms disguised as edible ones.

Recently in the village of Zubovo near Moscow, not far from Klin, experienced mushroom pickers – a married couple – were poisoned by the gifts of the forest. The twelve-year-old daughter, fortunately, had supper with the neighbors and did not touch the mushrooms. The next morning the girl was unable to wake her parents. The ambulance doctors had only to state the death of the 57-year-old owner of the house and his 54-year-old wife.

MORE PURSUED WITH A PALE THROUGH

There are a lot of mushrooms this year. People gladly went to the woods for a quiet hunt. But the number of people poisoned by mushrooms in different regions of Russia lately resembles reports from the fronts.

So, in Volgograd, in just one day last week, 8 people were admitted to the toxicology department after poisoning with mushrooms, including a nine-year-old child and his mother. One 65-year-old woman could not be pumped out. A pale toadstool was found in her soup.

Often this parasite is mistaken for champignon, russula or green tea, with these mushrooms the toadstool looks similar. Therefore, do not risk it: it is better to buy mushrooms in the store. They taste exactly like the forest ones. But definitely not poisonous. Give up collecting russula and green tea altogether – life is more expensive.

In the Voronezh region, 36 people were poisoned during the season. Nine adults and two girls four and ten years old died. Many poisoned in Orlovskaya and Tambovskaya 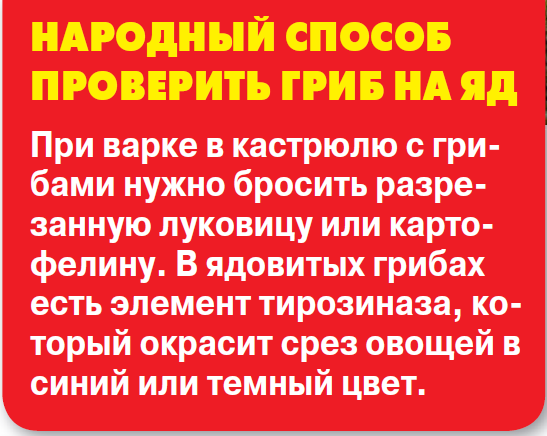 areas. There, too, there are victims, and, alas, minors. Children generally do not digest mushrooms, even edible ones. Until the age of 14, the body still lacks a special enzyme for the digestion of fungal chitin. Therefore, it is better not to give mushrooms to children.

Toxicologists urge citizens who feel unwell after a mushroom meal not to wait until it passes by itself, but to immediately call an ambulance. In case of mushroom poisoning, time cannot be lost. In a hospital, people do not only gastric lavage, but, if necessary, clean the blood plasma and even connect patients to an artificial kidney apparatus.

GALERINA IS TAKEN FOR A CHARM

Often mushroom pickers confuse the bordered gallery, which causes the destruction of the liver and, as a result, death, with honey agarics. Therefore, mycologists warn: it is better not to collect honey mushrooms at all this season.

Recently, even a conditionally edible pig was classified as inedible. Previously, it was processed and eaten – and nothing. And now it is increasingly causing poisoning. Too many factors affect mushrooms: both climate and ecology. And even age. Collecting large old edible mushrooms is also not recommended, even if you know this species very well. The old ones accumulate toxins due to the decomposition of the mushroom protein. In addition, toxins in old mushrooms can be formed as a result of the vital activity of worms and insect larvae. 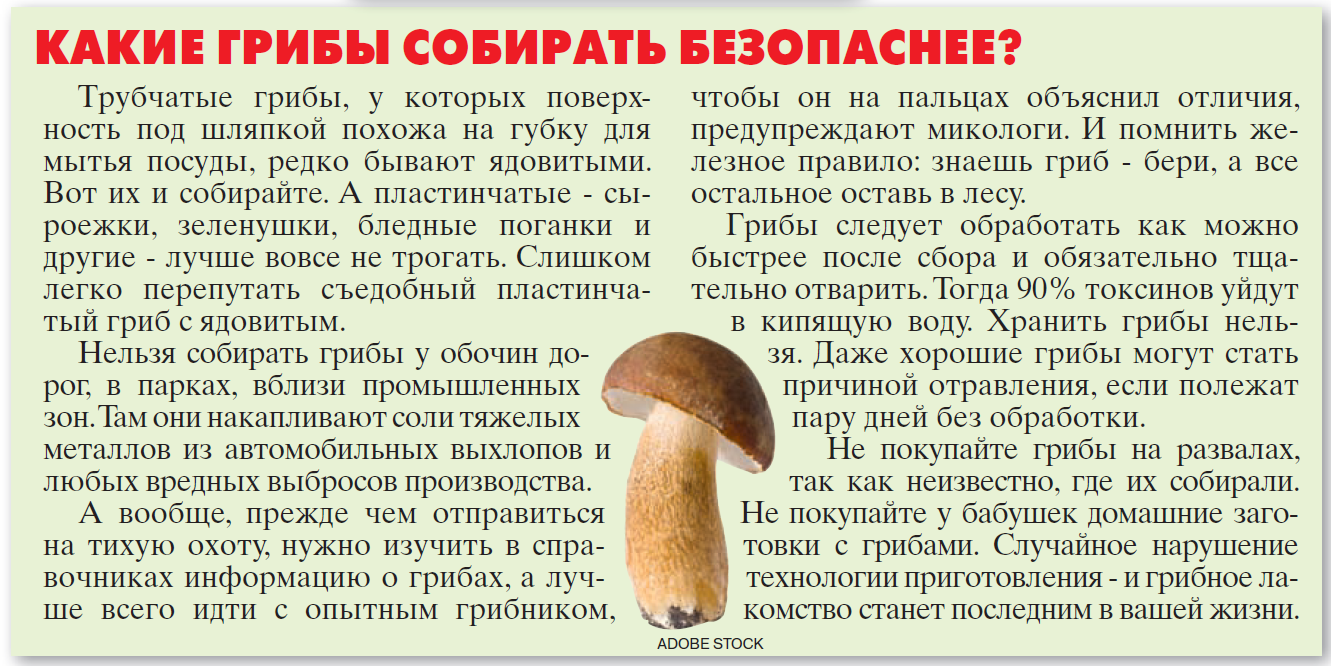