Should a thyroid nodule be removed? Explains the endocrinologist

The exact cause of thyroid nodules is unknown, but there are some risk factors:

According to WHO standards, the daily requirement for iodine is 150–250 mcg, and the average person in the Russian Federation receives about 40–80 mcg per day. In conditions of a deficiency of this element, the risk of developing not only nodes, but also other diseases of the thyroid gland, including oncopathologies, increases significantly.

According to Olga Derevyanko, there is often an opinion among patients that it is better to remove the node for preventive purposes, before they become malignant.

Thyroid nodules do not degenerate, so there is no need to remove benign nodules (when confirmed by a puncture biopsy). 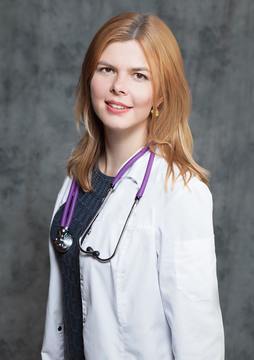 chief endocrinologist of the Fomin Clinic

According to the expert, there are several clear indications for surgery:

Nodules are malignant and are highly likely to be malignant. This is determined by biopsy results and / or blood calcitonin levels.

When the nodes change the level of hormones and are the cause of thyrotoxicosis. This state is called “functional autonomy”, but even so there is an alternative – radioiodine therapy).

Large size of education. In this case, the knot compresses the surrounding organs and tissues and interferes with their normal functioning.

Cosmetic defect. The operation is done at the request of the patient.

In other cases, the nodes of the thyroid gland do not require anything other than observation. There is no need to delete nodes “just in case”.

chief endocrinologist of the Fomin Clinic