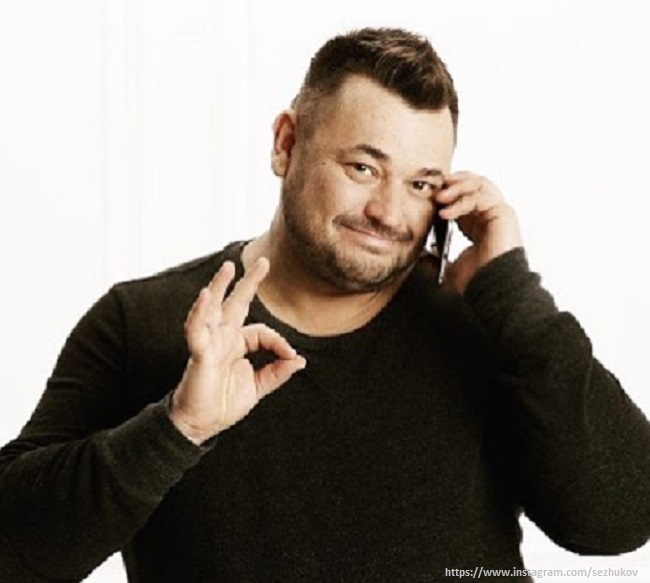 Singer Sergei Zhukov shared the story of how his career began.

A new episode of the show "Night Dog" with Konstantin Ivlev has been released on the PREMIER online platform. At night, looking at Ivlev, together with the star guest, they go to a restaurant to enter the kitchen, prepare a mountain of food, eat plenty and talk frankly with each other. The guest of the second edition was the soloist of the group "Hands up!" Sergey Zhukov.
In a conversation with Ivlev, Zhukov first of all remembered how he moved to Moscow. The singer said that before the foundation of "Hands Up!" and the fallen popularity, they and their partner in the future team literally survived in the capital. Beginning musicians had no money, not even food.

"We were starving in a terrible way. There was nothing to eat, at night we DJed, bought two snacks in the morning, a loaf of bread and a pack of cigarettes. That's all we could take. And it was my birthday, I say: "Guys, you can ask not to give gifts, bring food, food!" And one girl brought a stick of sausage. That day I realized for myself that I will celebrate every birthday on a grand scale.! " - Zhukov shared.

On the way to fame, Sergei and his colleague Alexei came across different people. The musicians found out if there was such a person who would help them get promoted. One friend advised a famous producer who would quickly put up Hands Up! to the Olympus. But it wasn't all that simple.

"We wrote tapes and delivered them to all kinds of producers: what if someone would pay attention. We were all waiting for a producer to promote us. We are told: there is such a person, he helps everyone, puts them on television. We call him, he says: come to Babushkinskaya at 00:30. We say, can we do it early? He: no, I'm busy, I can only at this time. And we are on the subway, and it closes at one in the morning. I say to Leschka, we’ll come right now, but there’s no way back - only on foot. We come, these areas are the same there, a nightmare, dirt. We go into the pissed staircase, ring the doorbell, and he opens - naked. And he says: well, shall we go straight to bed, or shall we talk first? We were stunned! And then they walked, 2 hours and forty minutes to the house, and realized that not everything is so smooth in show business", - said the 44-year-old artist.

In the end, Sergei and Alexei succeeded. Their Hands Up! Group became the most popular in the 90s and retained its position at zero. Moreover, the team is in demand to this day. Sergei and Alexey no longer work together, but each got what he wanted. In addition to music, Zhukov is engaged in business, and his wife helps him in this.

Recall that Sergei was married twice. His first wife was Elena Dobyndo, daughter of the vice president of AvtoVAZ. He met her back in 2000. At 24, Zhukov became the father of his daughter Alexandra. The marriage soon fell apart, due to jealousy. In those years, the Hands Up! was at the peak of popularity, and the woman could not bear the love of her husband's many fans. The ex-wife moved with her daughter to the United States, where she successfully married a second time. The singer has maintained a warm relationship with his ex-wife and daughter.

The second marriage turned out to be happier. Sergei's chosen one was Regina Burd, the lead singer of the VIA Cream group. Their wedding took place in the winter of 2007. The wife gave him three children: Angela, Nick and Miron. Regina is not jealous of her husband and is loyal to the costs of his profession. In July 2017, Sergei and Regina got married. Together with his wife, Sergei opened a confectionery.