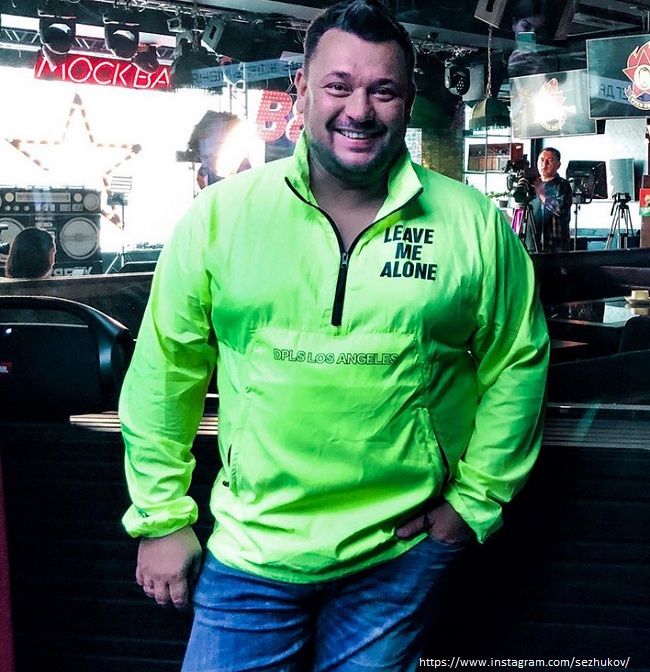 44-year-old singer Sergei Zhukov said that the doctors did not know what to do with him.

Ex-soloist of the pop group “Hands Up!” on stage for over 25 years. During this time he became addicted to performances. The musician admitted that he does not feel happy without them.

But health problems have made adjustments to the performer’s concert schedule. Zhukov said that one day he was injured backstage – he hit a structure on which light and sound equipment is attached. Sergei got a bruise on his stomach, and for some time he did not attach any importance to this.

During the examination, it turned out that in this place he had a hernia. Sergei ended up in a hospital bed. “The last time I experienced despair was when I asked the doctors at the hospital: “Guys, when will I be allowed to go on stage? I need to say something when I resume touring. ” The doctors looked at me and said: “Sergei, are you out of your mind at all? We should understand what’s wrong with you, if you survive …“- said the performer of the hit” I’m 18 already “.

The family of the pop singer was abroad at that moment, so he had nowhere to wait for help. For three months he shuttled between the house and the hospital, and also carried a five-kilogram apparatus with pipes.

This incident taught Zhukov to take his health more seriously. He gave up bad habits and began to perform less. “Guys, in short, everything! I’m not such a rich person to allow myself to rush to everything, sacrifice my health, so that in a year I will simply remain a wreck! Therefore, no more than eight concerts a month!“- explained the artist in an interview on the FAMETIME TV channel on YouTube.

Before quarantine, Sergei, along with his wife Regina and three children – Nika, Angel and Miron – moved to their own apartment. Prior to that, members of the star family rented housing. Zhukov admitted that they value light colors and minimalism in the interior. Star parents warned children in advance that it is impossible to draw anywhere.

The apartment has a large living room, which is a relaxation area with soft sofas. In addition, there is a fireplace and a real banana tree, which the couple consider to be a “feature” of the house.

A place for a piano has been equipped for Sergei. Here are also his prizes, many of which are over 20 years old. On the same rack are things with autographs of foreign stars.