Sergey Lazarev won the show “Dancing with the Stars” 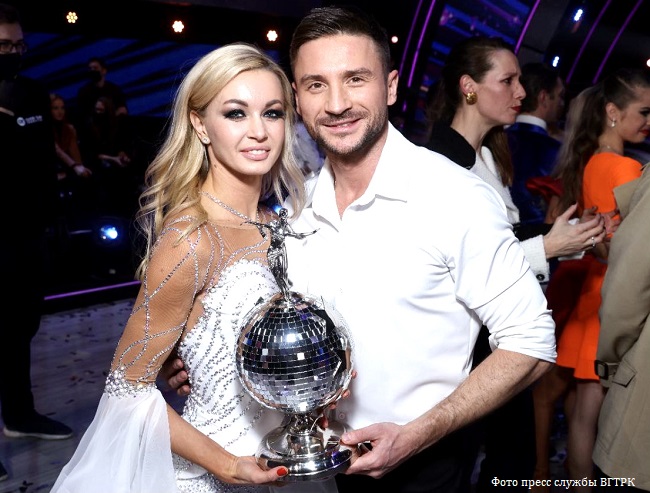 The singer had enough rivals on the floor, but his perfectionism and desire for new achievements nevertheless brought him to the final. And now Lazarev can boast of the show winner’s cup.

37-year-old Sergei Lazarev paired with dancer Ekaterina Osipova were at the top of the tournament table thanks not only to the jury members, but also to the votes of the viewers. And even Dawa, who could boast of great experience in ballroom dancing, could not beat the singer in this competition.

The first to congratulate Lazarev was his son Nikita – the boy was present during each of the pope’s performances and wrote down the points that he received. Sergei did not hide the fact that participation in the project was a difficult experience for him and now he dreams of a vacation. “I haven’t had a day’s rest since the beginning of the project. This is all a struggle with oneself, with brains that do not want to remember movements. Everything was not easy!“- said the artist.

But the difficulties, indeed, began with Lazarev from the very first release. He just couldn’t get out on the parquet because of the delayed flight from Bali. Sergey contacted the studio and apologized to the audience. But the very next time he showed such a class that the judges seriously announced his high chances of winning. And they were right! “We took the bar “maximum” and we reached it“, – said the singer.

Fans showered Sergei with compliments and congratulations. “Hurrah! Congratulations on a well-deserved victory “; “Seryozha, I have always believed – the best!”; “Deserved and fair“, – admitted subscribers.

By the way, Lazarev noted that the project gave him not only new experience, but also helped to lose extra pounds. “If I used to spend time in the gym with dumbbells, now I have a daily dance marathon. Kilograms melt right before our eyes. Even started eating pasta and cakes“, – he said.

In addition, he met people on the program with whom he became friends. He developed a particularly close relationship with his partner. “I love Katya very much, I liked watching her on the floor. I’ve seen her with a lot of partners. It was dance and work because she was in charge of her partner. And where did it go? She absolutely did not care! Seryozha, she was enjoying it. I have never seen such Katya on the floor.“, – Yegor Druzhinin commented on the couple’s number with delight.