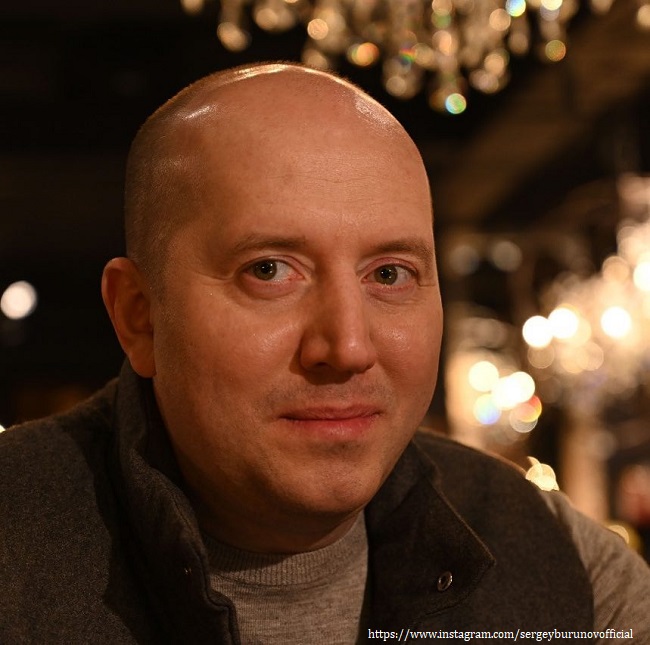 The artist became popular when he was over 30 years old. Burunov became famous thanks to his participation in the show “Big Difference”.

For a long time, parents were skeptical about their son’s choice of profession. Mom wanted Sergei to get a normal profession. Tatyana Viktorovna was a physician, she worked in the surgery department of the Children’s City Clinical Hospital on Polyanka. Burunov noted that the parent did not live long enough to see his success.

The woman had gallstone disease. After a relapse, she developed pancreatic cancer, and she realized that she had very little time to live. But the showman is sure: my mother could have been saved if she had sought medical help on time.

“It all started because of her gallstone disease. The inflammation was removed to my mother and it was recommended to remove the bile, because there is a bag of stones. But neither I nor my father could force my mother to have the operation. These Soviet people are so stubborn. And the second relapse was already fatal. Pancreatic cancer began, and this is a sentence. Mom understood everything about herself“, – said Burunov.

Sergei learned that his mother was diagnosed with cancer at the beginning of his successful acting career. He was invited to participate in the popular show “Big Difference” on Channel One. On the screen, Sergei had to joke and portray fun, but in life he painfully watched the suffering of a loved one. Burunov was literally torn between round-the-clock filming in a successful TV show and caring for an ailing mother. At some point, the actor even wanted to leave his career.

“I helped my mother as best I could, I even wanted to quit filming. But she told me: “Do the Big Difference.” She liked the program. And besides, I had to earn money for doctors, medicines, because my father left work to be with her around the clock. For six months she was dying painfully in front of my eyes. After her death, I could not come to my senses for several years. Whatever relationship you have with your mother, you cannot be prepared for her death. Especially so scary. She died in agony and not of old age“, – admitted Sergey.

After my mother passed away in 2010, Irina Pegova’s partner in the film “Native” turned to a psychologist for help. Burunov blamed himself for not being able to save her. Specialists diagnosed him with prolonged post-traumatic depression. To survive the death of a loved one, the artist plunged into work.

“After the funeral, I flew to Minsk for the shooting – hard, physically exhausting. It saved me. The cover was scary, when I was left alone in the room, there were tears and snot – everything happened. Tormented by the thought that it was possible to save the mother“, – quotes” 7 days “of the actor. The performer of the main role in the series “Policeman from Rublyovka” admitted that he is only now gradually recovering from the tragedy.