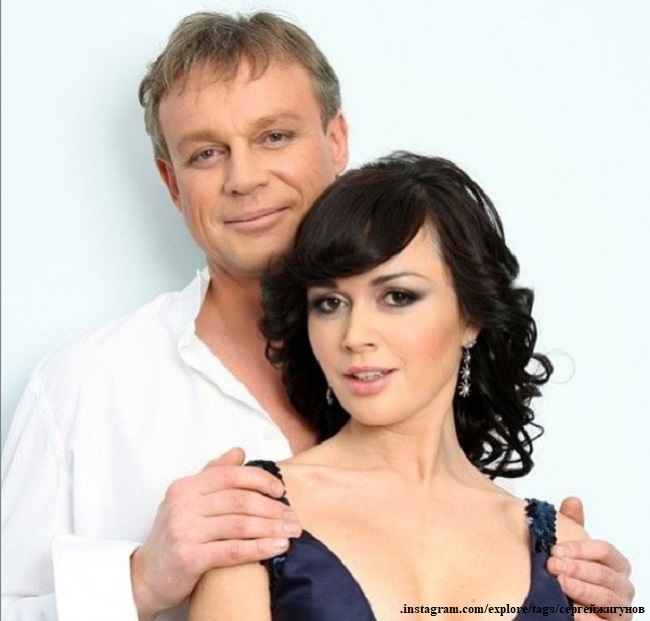 57-year-old actor Sergei Zhigunov tried with all his might to survive Anastasia Zavorotnyuk from the TV series "My Fair Nanny".

After the release of the sitcom, Anastasia Zavorotnyuk gained immense popularity. Her heroine, nanny Victoria Prutkovskaya, who came to Moscow from Mariupol, was quoted by many viewers of the series. The whole country followed the love story of the girl and her boss Maxim Shatalin, played by Zhigunov. However, the tandem might not have happened.

Anastasia's colleagues admired her hard work. Zavorotnyuk came to the project as an already experienced actress, but little-known. She supported her talent with diligence and punctuality. If the working day began at 8 am, then the artist was on the spot fifteen minutes earlier, getting ready for makeup.

The movie star "Midshipmen, go ahead! " Anastasia's zeal was not impressed. Even minor mistakes on her part enraged Sergei, he intended to get rid of Zavorotnyuk. “Zhigunov did not really welcome her appearance in this series. He was aggressive"- said the People's Artist of Russia Yuri Kochetkov in the program" Our Beautiful Zavorotnyuk "on NTV.

Secular columnist Olga Rodina recalled Sergei's remarks, which he used in relation to Anastasia. “She messed up somewhere. He looked at all this and said: “Who did you bring here? Get her off the pad! What is this anyway? She can't play", - Olga quoted the actor. Despite Zhigunov's anger, American producers were happy with Anastasia.

The two stars spent 16 hours a day together, embodying the development of strong feelings in their heroes. The filming of "My Fair Nanny" started in 2004, and after a couple of years in a secular crowd they started talking about Zhigunov's romance with an actress he once disliked. For the sake of Zavorotnyuk, he left his wife Vera Novikova, with whom he raised two children.

But the romance of the lovers on the screen did not last long in reality. In 2008, Anastasia and Sergei separated. If the TV personality never returned to her ex-husband, businessman Dmitry Stryukov, then Zhigunov's ex-wife took him back. Now the artist is in a relationship with the journalist Victoria Vorozhbit.