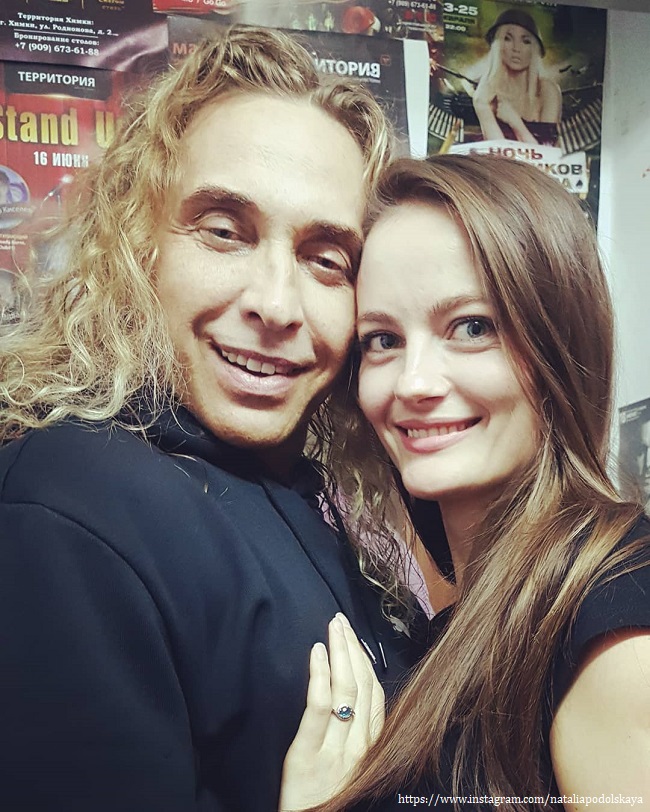 The mistress of stripper Sergei Glushko, Anastasia Shulzhenko, is ready to forgive him everything.

The 28-year-old girl says that she had real feelings for Tarzan. It turned out that the actress had dreamed of a spectacular blonde since her youth. The girl did not give up her long-standing love even after a loud scandal when the stripper accused her of deceiving and stealing the jewelry of the star wife.

“Look, this is the situation: now Sergey calls you and says that he has realized everything and is ready to leave for you. Will you accept him? " - asked the artist the guest of the show “Andrey Malakhov. Live".

"If he apologizes publicly, I’m ready to do it!- Anastasia answered in a trembling voice.

But recently Shulzhenko filed a police report against her lover, because he pushed her during a spontaneous meeting. The girl fell to the floor, suffering a concussion and bruised her knee. "After they raised a hand on me, I really feel bad. I have a terrible headache, constantly nauseous", - she complained in the studio of the channel" Russia 1 ".

However, feeling unwell is only a small part of Nastya's problems. Recently, her close friend Mila Nova disowned her. She, along with Shulzhenko, was involved in the case of the theft of jewelry by the Queen. Mila said that because of her unfortunate friend, her singing career is crumbling: the girl, as it turned out, is a popular performer in the kizomba genre in Africa.

"I go to all the programs because I want to wash myself out of the fact that I stole something, - Nova was indignant. - If I am in Angola - one of the first people in the world of show business, then here the requests by my name are only such - “Shulzhenko's friend. Who is she?". You understand that for a person who has achieved a lot, even in another country, this is more than an insult. The news of the theft is killing me".

Tarzan's mistress feels crushed, because she has lost her main support. "You are a traitor, - the actress pounced on Mila. - You are the only friend whom I trusted as myself, listened to your every word. What you say is disgusting. They told me that I live in your apartment with your money. What?! Seriously?! When you said to me: “I have problems in Angola, the money came out,” I sent it without even asking what and how. You were my sister! And now I do not know this person who is sitting opposite".