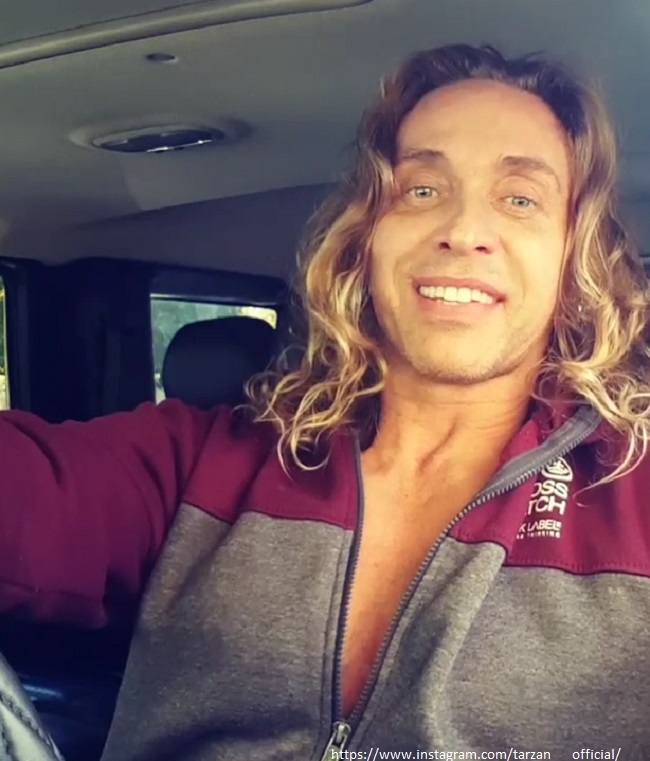 Anastasia Shulzhenko announced that she was pregnant with stripper Sergei Glushko.

For the past few days, the whole country has been discussing the personal life of Natasha Koroleva. It all started with the fact that the singer wrote a statement to the police about the loss of jewelry. Then it turned out that Sergei Glushko invited two women to the house, who presumably stole the diamonds.

One of these ladies, Anastasia Shulzhenko, denied the accusations against her. According to the woman, the Queen simply found out about her secret affair with Tarzan and decided to take revenge in this way. Moreover, Anastasia claimed that she was pregnant with a stripper. Now the star's mistress came to the show "Actually" on Channel One, where she talked about her relationship with Sergei.

"He has always been my idol. We met at his show, after which we went to visit Sergey. Word by word, touch by touch, and it all happened. We saw each other when Seryozha had free time. I never claimed anything, I just wanted to be there", - Anastasia admitted.

After a year and a half of relationship, Shulzhenko realized that she no longer wanted to be a mistress. That is why she last met with Sergei on August 19, and only after that she learned about the pregnancy. She tested twice, and the result was positive. Of course, the show's experts asked Anastasia to repeat the procedure in the presence of their doctor behind the scenes. To the surprise of the woman herself, this time the test was negative.

Shocked by such results, Shulzhenko even fainted. "If I knew that I was not pregnant, I would never talk about my relationship with Sergei. It turns out that I slandered the person, and it's just awful. I don't understand how this is possible", - Anastasia shared her emotions without holding back tears.

Also on the air of the program were shown intimate shots with the participation of Glushko and Shulzhenko. According to Tarzan's mistress, she shot this video as a keepsake of her relationship with the star. However, experts in the studio came to the conclusion that Anastasia pursued a different goal - she was going to blackmail the married Glushko.

It is not yet clear who stole the jewelry from Natasha Koroleva's house. However, it is obvious that, despite the betrayal, Sergei Glushko will not have illegitimate children. Anastasia herself continues to deny any accusations of theft against her.