Sergei Glushko openly stated that he was cheating on his wife 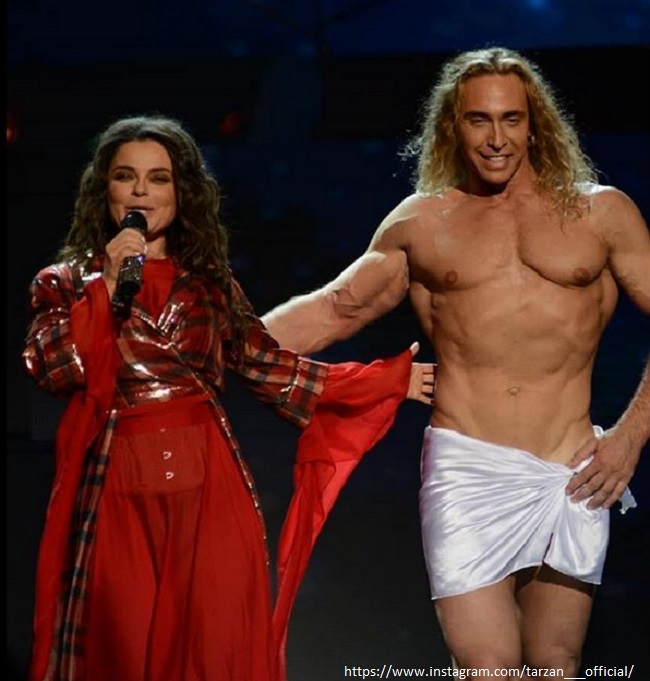 50-year-old stripper Sergei Glushko (Tarzan) made a confession in which he spoke about the betrayal of Natasha Koroleva.

"I want to make an official statement ... An incident happened - I cheated on my wife. And I speak about it openly. I will not be the second Mikhail Efremov ... I did it! And I will answer before God and before my wife, and before anyone else!"- Glushko pointed out emotionally.

The chosen one of Natasha Koroleva called the girls with whom he had sex, "entities." He stressed that he was "put in inadequate", after which he was filmed in an unsightly form. Sergey is sure: this was done for the sake of hype and making money on his behalf. The stripper also reacted to Shulzhenko's pregnancy.

"I did not allow this to happen ... In my 50 years I am a 200% man! Yes, they divorced me, I fell in love because of my sexism, without any love. Because I have only one love, this is a woman who is given to me by God. I don't know for what merits", - said Glushko.

The singer's husband believes that we are talking about fraudsters. After the visit of Anastasia and her "accomplice" jewelry and money disappeared from his house. Sergei and Natasha went to the police, and the opponents are preparing for trial.

"God will punish you! I do not bleach myself, but you are not worth my wife's nail! A criminal case has been opened!"- said Glushko. He called sex with him the main achievement in Shulzhenko's life, after which she will only fall down.