Semchev, who lost 100 kilograms, almost died due to his own mistake 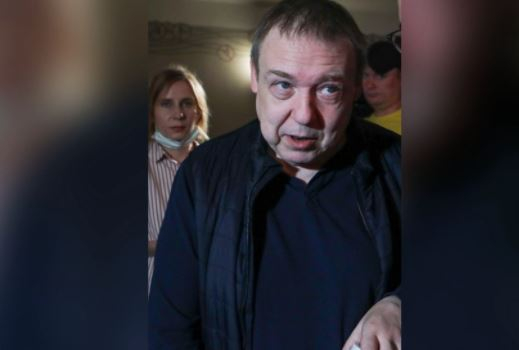 Actor Alexander Semchev could have lost his life due to rapid weight loss, said his sister Elena Semcheva. The artist almost died after losing 100 kilograms.

According to Semcheva, her brother’s life was in jeopardy due to his own mistake. Anyone who wants to quickly get rid of extra pounds should see a doctor, the woman said.

However, it was also impossible for the artist to remain in the same weight, since this threatened him with danger. A strict diet helped the actor lose 100 kilograms, Semcheva said. Before the extreme transformation, the artist wore size 70 and suffered from fourth degree obesity.

The woman agrees that after losing weight, her brother does not look very good. Many people note that the 52-year-old actor has aged outwardly, having got rid of excess weight. The artist needs plastic surgery, since after 50 years the skin is not so elastic, but so far he has no opportunity to go under the surgeon’s knife. Semchev has been filming a lot and cannot start looking differently in the middle of the next film project, his sister emphasized in an interview with Express Newspaper.

Earlier, Alexander Semchev spoke about the scandal with the performance of the singer and TV presenter Olga Buzova on the stage of the Moscow Art Theater. The actor explained why many of his colleagues reacted negatively to her appearance in the theater.