Selling a slow cooker, the woman at the same time showed everyone her half-naked selfie

The very next day, a 26-year-old resident of the UK was surprised that she received a lot of answers, comments and friend requests from complete strangers. Suspecting something was wrong, Emma once again looked at the ads and was horrified – the last photo showed the audience not a product at all, but her own selfie, and with a bare chest. The woman went on a diet and was photographed half-naked to get a “before” picture and later compare with the “after” picture. Apparently, she accidentally clicked on the scandalous photo when uploading images with a slow cooker to websites. 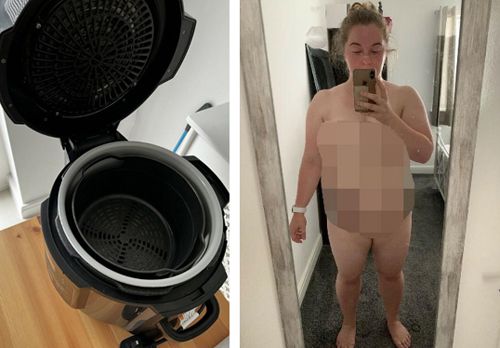 The lady had to experience a lot of negativity, because vicious trolls fell on her from all sides. True, there were some sympathetic people who politely warned Emma that she apparently made a mistake with posting a photo. But the owner of the multicooker is especially offended by the fact that a half-naked selfie made a good advertisement for the product – on eBay, the rate for the kitchen unit was 1380 pounds. But Emma was embarrassed and removed all the ads, so that a good deal will not take place. The woman added that she was scared and disgusted to even think about selling the multicooker again via the Internet. Most likely, she will just give it to her friend.

After drowning the car in a frozen river, a motorist took a selfie as a keepsake